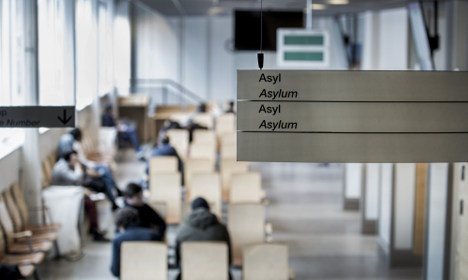 Sweden received a record 163,000 asylum applications last year, but after the country’s government subsequently tightened its policy in the area – including the introduction of photo ID border checks and temporary residence permits – the numbers applying dropped dramatically to around 19,270 in 2016.

At the same time, according to Swedish migration authority (Migrationsverket) statistics reported in newspaper Sydsvenskan, at least 10,665 people have voluntarily departed Sweden in the period between January and August 2016.

The figures include both people who withdrew their applications for asylum, and those who have been refused asylum.

Asylum seekers who choose to leave Sweden voluntarily can get their flight tickets paid for, and 30,000 kronor ($3,577) per adult in support money for reestablishment in their country of origin. The support money is capped at 75,000 kronor ($8,943) per family.

In an effort to reduce the numbers seeking asylum in Sweden, a new law was introduced on June 1st meaning that asylum seekers who have had their applications rejected lose their right to a daily allowance and housing.

Around 2,500 people have had their grants cancelled so far, but the number in that group who have left Sweden is in the region of one hundred.

“We suspected that not many in that group would travel themselves. These are people who have been in Sweden for a long time,” Sverker Spaak, head of Migrationsverket’s repatriation department told Sydsvenskan.

“Their home countries often refuse to accept them and they are rejected by force, but we have made the judgment that they should be able to return voluntarily,” she added.