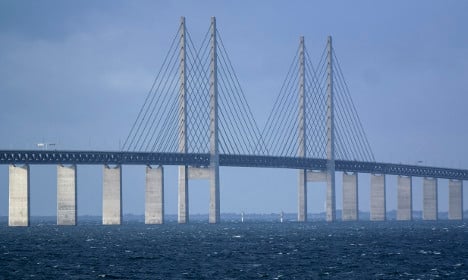 Like The Bridge? You'll love one of the events we've picked out for this weekend. Photo: Erland Vinberg/TT

There are few things more engaging and interactive than a Ceilidh – a frantic, often high-tempo Scottish dance evening – and this weekend there is a chance to try it out in the quite unusual surroundings of central Stockholm.

Ceilidh Stockholm are holding their big summer dance at the Grammofon restaurant in Vasastan on Sunday, and while the original round of tickets sold out, a few extra ones have now been released. A big part of the event is live music, and even if you’re just a beginner there will be experts in place to help explain the dances.

The event takes place between 7pm and 8pm and profits will be donated to charity Feedback Madagascar. More information and tickets available here.

Good news, Bron fans, The Bridge is definitely coming back. Better still: you can now refresh your knowledge before season four drops by checking out a detailed exhibition on the hit Nordic Noir series from the Swedish side of the divide.

The “A non-existent Malmö” exhibition at the Malmö Science and Maritime House features sets, objects and props from the the much-loved show, including Saga Norén’s iconic Porsche. There's even a behind the scenes documentary on how the series is made.

The display is only temporary however, and will wrap up in September, so it’s worth seeing it before Saga asks for her car back. More information available here. Saga Norén's Porsche is the centrepiece of the exhibition. Photo: Merja Diaz/Malmö Museer

If you love dance but don’t necessarily feel like doing the dancing yourself then Gothenburg has the answer this week. From the 18th to the 27th of August Sweden’s second city is hosting a massive dance and theatre festival, featuring both a mixture of icons of the performing arts world as well as emerging new talents.

Eleven different countries are represented through 19 different guest performances, which range from dance and theatre to contemporary circus. There will also be film screenings and even workshops, if a more hands-on experience is desired.

More information and tickets for performances can be found here.

If the spoken word is your weapon of choice then head to university city Uppsala between the 24th and 27th of August for the 2016 edition of Sweden’s poetry slam championship.

For the uninitiated, poetry slam is a performance poetry competition that anyone can enter, where competitors have three minutes to recite their original work. The key to the experience are the audience members, who act as judges, and help to pick a winner by awarding points.

This year’s event takes place at the Regina Theatre, next to Uppsala Cathedral. Tickets for the final are available here.

The Swedish festival season is drawing to a close but Stockholm goes out with a bang this weekend thanks to Popaganda. As always it’s an outdoor affair at the site of Eriksdalsbadet, a Södermalm swimming pool built for the 1962 European Aquatics Championships, not to mention a convenient central location easily reached by bus or metro.

FKA Twigs (Friday) and Belle and Sebastian (Saturday) are the headliners this year, but for something a bit more local check out increasingly-hyped Swedish pop act Little Jinder, or Amason frontwoman Amanda Bergman in her solo guise.

The full line-up, as well as information on tickets and performance times, can be found here.