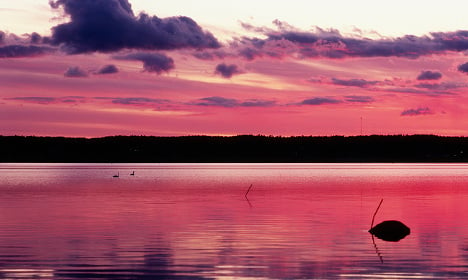 When asked if they thought their home county was beautiful, 62 percent of Halland residents surveyed said they fully agreed.

Stockholmers also held their home county in high regard, with 59 percent of respondents praising its pulchritude.

Of the 2,500 Swedes who took part in a Sifo survey commissioned by the Projektengagemang consultancy, 51 percent fully agreed that their home county was gorgeous; 49 agreed to an extent, and three percent didn’t agree at all.

Here’s how the top ten looks:

The town or place I live in is beautiful! (Fully agree, by county)

So what’s so great about Halland then? Well, miles and miles of coastline set against the lovely Kattegat strait go a long way to explaining the locals’ satisfaction. And if we cast our minds back to June, three towns in Halland graced the top ten in the rankings for Sweden’s best summer city: Halmstad, Falkenberg and Varberg.

A month earlier, little Varberg was named the best municipality in Sweden.

READ MORE: Ten reasons why Varberg is the best place in Sweden

As for Sweden’s most beautiful buildings, here’s how respondents voted:

Visby, a stunning medieval city on the Baltic island of Gotland, is a Unesco World Heritage site and this well-preserved defensive fortification is one of the main attractions. Also on the Unesco list, this palace is fit for a king. Which is just as well, since Sweden’s King and Queen live here. This magnificent red-brick structure stands proudly on the shores of Riddarfjärden and plays host each year to the Nobel Prize banquet. Sweden’s High Coast is a stunning place to visit and this nearly 20-year-old suspension bridge serves as a worthy gateway. First built in the 13th century the cathedral, which has undergone several restorations since then, looms impressively over the popular university city.