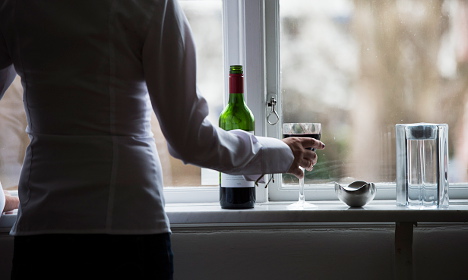 The discovery that the enzyme PRDM2 is switched off in the frontal lobe nerve cells of people who become dependent on alcohol was made by Professor Markus Heilig’s Linköping team alongside researchers from Miami University.

This is the first time that scientists have managed to pinpoint the biological mechanisms underpinning impaired impulse control in alcoholics.

“We’ve worked hard for this. The enzyme, PRDM2, has previously been studied in cancer research, but we didn’t know that it has a function in the brain,” said Heilig, professor of psychiatry and head of the Center for Social and Affective Neuroscience (CSAN) at Linköping University.

The enzyme deficiency affecting alcoholics explains why they find it so much more difficult to walk past a pub in the middle of a hot weekday, the researchers said by way of example. A person with full impulse control can quite easily resist the urge and go back to work.

“PRDM2 controls the expression of several genes that are necessary for effective signalling between nerve cells. When too little enzyme is produced, no effective signals are sent from the cells that are supposed to stop the impulse,” said Heilig.

During several years of research the Linköping team found that “alcohol dependence in rats leads to a down-regulation of PRDM2 production, which in turn leads to disruption of impulse control. This is why the laboratory animals continue to consume alcohol, even when it is unpleasant. If they are subjected to stress, they also quickly relapse into drinking alcohol”.

To check this finding the researchers then cut off the production of the enzyme in rats that were not dependent, before observing the same lack of impulse control.

“Now that we’re beginning to understand what’s happening, we hope we’ll also be able to intervene. Over the long term, we want to contribute to developing effective medicines, but over the short term the important thing, perhaps, is to do away with the stigmatization of alcoholism,” said Heilig.

The findings of the Linköping and Miami teams are published in Molecular Psychiatry, the world’s top-ranked psychiatry journal.