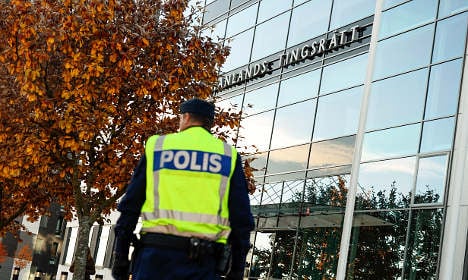 Västmanland District Court found Obada Albaradan guilty on Tuesday of aggravated arson and ordered his deportation after he serves his time in prison.

The Syrian national’s roommate testified against him, saying he set fire to newspapers and a curtain after returning to the room on July 7th in a fit of anger.

The fire gutted the wooden wing where the men shared a room on the Westsura estate, a 17th century stately home near Surahammar that has housed asylum seekers since 2011.

Albaradan, who said in police questioning that he had wanted to commit suicide, suffered minor injuries in the fire. None of the other residents were harmed.

He told police he was tired of waiting to hear when he could leave the home, where he felt disliked by the other residents.

The court noted that an assessment would be made after the man was released from jail as to whether he could be deported to Syria.

It is not yet known if he will appeal the ruling.