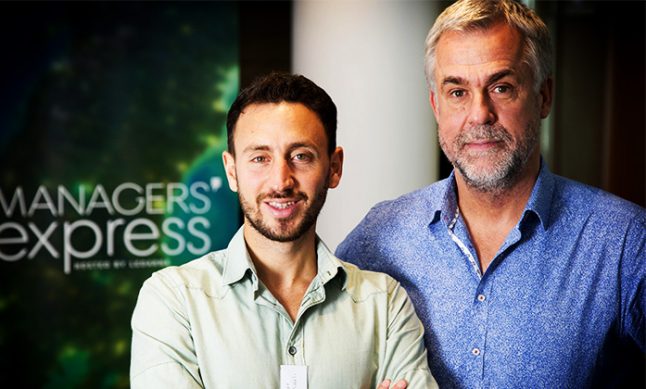 When Mouddar Kouli finished an internship arranged by the Swedish Migration Agency, it left him bursting with ideas about how the system could be improved, and he had a good relationship with his contact there, Magnus Berg.

Compared to many newcomers to Sweden, Kouli hit the ground running. Originally from Syria, he was a marketing manager for Mercedes-Benz in Qatar. Once in Sweden, Kouli started giving tennis lessons to a friend of the Swedish friend he was living with – and within a week he had been hired by Stockholm University as a tennis coach.

But his priority was to get back into marketing – so he took an internship at Åkestam & Holst, a Stockholm communications agency.

“After completing my internship, I contacted Magnus again, and shared my thoughts on integration. I thought I could help.”

Kouli says Swedish managers are often ignorant of the rights of refugees:

“I have been in contact with many companies and talked to managers and recruiters. Many didn’t know that refugees can work before having their asylum decisions made, and some didn’t even know if the refugees are allowed to work at all.”

“There are good intentions, but people are ignorant; it’s not that one group is against another.”

Kouli found that many internships weren’t leading to real work: “Many refugees stopped taking internships and integration programmes seriously, because in most cases refugees got internships, but very few were the ones who got jobs,” Kouli says. He was convinced that better matching was needed.

“My ideas were about matching highly skilled refugees with companies in an easy and quick way, without grappling a lot with the fast-track programmes, and other integration schemes that often proved futile.”

The opportunity to do something about it came when Berg took up a new job at Ledarna, a union for Swedish managers. One of the first things Berg did was to call Kouli, and together they set up the Managers’ Express program.

A four day programme that runs every second month, Managers’ Express is a crash course for newcomers on how to operate in a Swedish company: how to network in Sweden, what it’s like working with Swedes.

Crucially, managers from some of Sweden’s biggest companies attend, giving newcomers a chance to network and seek advice from potential future employers.

At the start of the programme, CEO Annika Elias told the participants: “Sweden needs experience, and foreign background expertize could be of a great benefit to Sweden – it’s not a charity and we want to avail of you, and of your knowledge.”

She added, “we don’t want white people only, we need diversity, a new blood that could bring more creativity and innovation.”

And employers have at least as much to learn, says Magnus Berg:

“Swedes are the biggest problem for the refugees not finding jobs.”