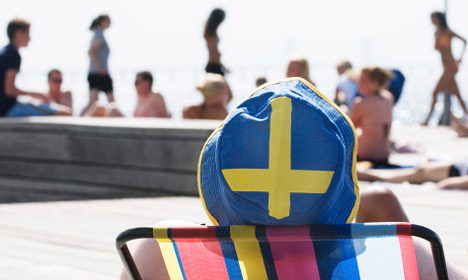 The Swedish arm of the international development organization said it had cut ties with the external recruitment firm that rejected the job applicant after hearing a phone conversation that she had recorded and sent to radio news show P3 Nyheter.

The woman had applied for a job at a centre for unaccompanied migrant children but had not been called to interview. After a friend of hers, who had also been rejected, received an unusual explanation when querying the decision, the woman decided to record her own call to the recruiter.

She was told: “We have some [applicants] with your background and professional experience but who maybe have a more traditionally Swedish origin so to speak.”

The aid group said it had conducted an internal investigation and found a second discrimination complaint against the same recruiter.

“As a result we have decided to end our cooperation with the recruitment firm in question, since what the the recruiter responsible said was unacceptable,” SOS Children’s Villages said in a statement.

The recruitment company, Jerrie, said in a statement that it would like to “apologize unreservedly” to the applicant.

“The consultant, who is personally involved in integration issues outside of work, is deeply regretful and ashamed of the wording,” the firm said.