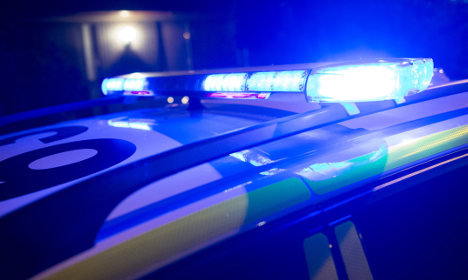 Around 20-30 people threw stones and firecrackers at police cars, tow trucks and other vehicles in the Kronogården suburb over the course of the last two nights, with some of the individuals wearing masks, police said. Bus shelters and car tires were also damaged, as well as some fires lit.

“We are going to have a number of meetings both internally and externally to go through the recent events and discuss how we will move forward in the coming nights,” police officer Jack Lennartsson told news agency TT.

Police are struggling to find a specific reason to explain why the incidents may have occurred, beyond a general dislike for authorities in the locality.

“We haven’t seen trouble of this kind before. There hasn’t been anything expressed directly other than that people don’t like a police presence in the area,” Lennartsson added.

According to local paper Ttela, similar incidents with firecrackers have taken place in the area in previous years.

No injuries have so far been reported from this week's disturbances, while there have also been no arrests made. Police say that calm was restored just after 2am on Thursday.

Kronogården made international headlines last November following the tragic murder of a pupil, teacher and teaching assistant by a far-right attacker at a school.