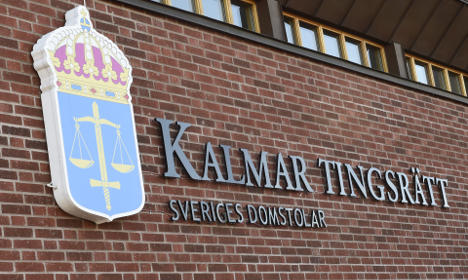 Martin Olsson met the victim at a bar on November 6th last year. Along with his girlfriend and another man, he was invited to the victim’s apartment for an after party. An argument broke out in the kitchen soon after arriving.

Olsson punched the 53-year-old repeatedly before moving to the bathroom, where he attacked him with a knife, stabbing and cutting him 22 times.

Neighbours raised the alarm after hearing noise from the building. When officers arrived at the scene the attacker’s girlfriend attempted to stop them from entering by claiming that the blood was part of a Halloween party.

The victim’s dead body was found in the bathroom, and his genitals had been cut off.

Olsson has previously been convicted of several other serious violent crimes, and had recently been released on parole when the November attack occurred.

He denied his involvement in the crime, but his DNA was found on five different knives in the apartment, with the same blades containing no traces of DNA from the other two individuals who were invited back to the home.

The victim’s blood was also detected on both Olsson’s body and clothing, and the offender had several injuries which suggested a struggle had taken place.

And on Friday, Kalmar District Court sentenced him to life imprisonment for murder, writing that the event was characterized by a “particular ruthlessness, brutality and barbarism” in their judgment.