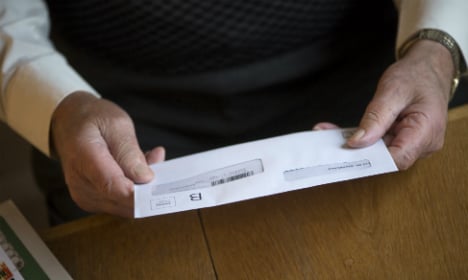 The 49-year-old man appeared in court after having driven his unregistered scooter under the influence of alcohol and without a license near the town of Vittsjö, in southern Sweden. But after stating that he has a phobia of any kind of official-looking mail, known as so-called “window envelopes” in Sweden, the court partially ruled in the man’s favour, saying he could not have known that he needed a license for the scooter without having to open the frightening letters.

According to Skånska Dagbladet, the man was prosecuted for driving without a license, driving under the influence of alcohol and for committing a string of other traffic offences in July last year and in April this year.

Because of his phobia, however, he was not convicted of driving without a license.

The newspaper said that during his court appearance, the man stated that “purely the sight of [a window envelope letter] results in severe anxiousness” and he therefore didn’t know that he needed a license to ride it. He also said that he “had probably received letters from the Swedish Transport Agency”, which informed him the scooter was unregistered, but that he in that case had neither opened nor read any of the letters.