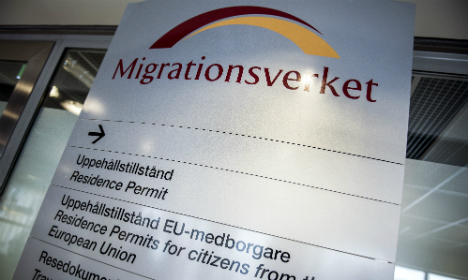 The pediatrician says almost 40 percent of the people the migration agency deems to be children are between 20 and 25 years old. Photo: Marcus Ericsson/TT

“There are only a few cases of course, but they have definitely been between 30 and 40 years old,” Pediatrician Josef Milerad was quoted by Swedish tabloid Expressen as saying.

Some 31,000 asylum-seeking refugees are currently registered with the Swedish Migration Agency as unaccompanied minors. But according to Milerad, that number is likely larger than it should be, as he alleges some of those people claim to be much younger than they actually are in order to be granted asylum more easily.

According to Milerad, the tests carried out by Swedish authorities to verify the real age of a child are naïve and insufficient, and he advocates for the tests to be done medically, including through x-rays.

“The refugee children who are in their early and mid-teens are the ones who end up paying the price for this [lying]. These are resources that have been earmarked for children, but it’s used for another age group,” he told the newspaper.

Milerad said that he has examined several people that the migration agency has classed as children, but that according to his own professional opinion almost 40 percent of them are in fact between 20 and 25 years old, and some of them even near their forties.

“I think that my professional opinion, even if I can’t support it with evidence, would turn out to be quite accurate – there is a difference between a 16-year-old and a 20-year-old,” he said.