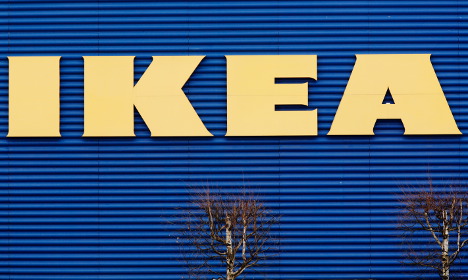 Ikea's headquarters are still located in the small town of Älmhult, where Ingvar Kamprad opened the first store in 1958. But local residents are now kicking up a stink about a problem which appears to have started when the store moved to a new site in the town and was connected to the municipal sewage grid in 2012.

The stench affects mainly residents on Västra Backgatan in Älmhult, reports the Smålänningen newspaper, quoting several written complaints to the local authority about the stinky issue.

“We are so damn tired of the smell,” writes one. “I know that a neighbour opposite us explained that it's like the smell of fresh crap and that is pretty accurate,” another puts it, rather bluntly.

“Today has been a record day and that's nothing positive. It smells so incredibly bad,” writes a third, while a fourth urges Älmhult Council to “do something now about this sewage smell”.

But nobody can say the local authority has not tried. It has sealed wastewater wells, carried out various tests and flushed out pipes, but the task has been as tricky as assembling a Billy in the dark with your hands tied.

In January council officers contacted Ikea, which then examined its food waste disposer and grease separators. It turned out both suffered from a similar stench and the council discovered that the latter had set off an alarm indicating its maintenance was overdue, but that Ikea had not taken any action in response.

The Swedish furniture giant installed new equipment in May to get rid of the smell, but the complaints kept coming. Smålänningen reports that tests have also suggested that Ikea could be exceeding the official limits for how much oil and grease it may release into the wastewater system.

The stinky business has now been reported to Sweden's land and environment court (Mark- och miljödomstolen), which will determine which, if any, measures Ikea will have to take.