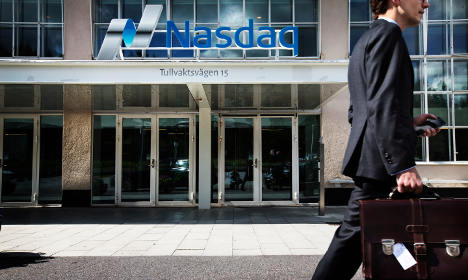 GE said it intended to buy Arcam AB of Sweden and SLM Solutions Group of Germany – which both specialize in 3D printing – for $1.4 billion. The two companies would be put under GE's aviation division, it said in a statement.

Established in 1997 and based at Mölndal in western Sweden, Arcam AB uses electron beams in 3D printing of metallic parts for the aeronautics and health care industries.

The value of Arcam's shares rose to 53.2 percent on the Stockholm exchange after the news on Tuesday. Its board of directors issued a statement recommending shareholders to accept GE's offer.

SLM Solutions Group, based in Lübeck, Germany, makes laser equipment for use in 3D printing, also known as additive manufacturing, for the aeronautics, energy, health care and automobile industries. It had revenues of $74 million in 2015.

“Additive manufacturing is a key part of GE's evolution into a digital industrial company,” GE CEO Jeffrey Immelt said. “We are poised to not only benefit from this movement as a customer, but spearhead it as a leading supplier.”

The conglomerate expects to reap up to $1 billion a year from 3D printing by 2020 and anticipates economies in production costs on the order of $3-5 billion over the next ten years.

GE plans to keep the headquarters of the two companies in Europe, using it as a base for developing a global 3D printing business.