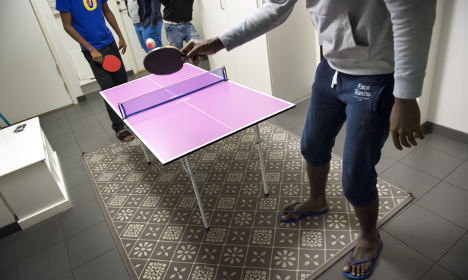 With over 35,000 coming last year alone, Sweden has taken in more unaccompanied children and young people than any other country in Europe, and many of them lack identity documents.

The migration authority (Migrationsverket) makes an initial age assessment with every application, but the tests have been criticized for being ineffective. If a person is not clearly over 18, they are registered as a child.

In the last year, several Swedish municipalities have reported suspected cases of adults being placed together with children at residential care homes for young people (known as HVB homes), as well as being sent to school with minors.

According to the migration board, there are doubts about the accurate age of 70 percent of unaccompanied minors who have stated that they are between 15 and 17 years old.

As a solution, the Swedish government asked for medical age assessments to be carried out on a large scale. Rättsmedicinalverket detailed at a media conference on Friday when that work will get under way and explained how it can be done.

Between 15,000 and 18,000 age assessments will now be needed, the agency said. The two methods that will be used are dental maturity assessments involving wisdom teeth, and the examination of knee joints using MRI. The two examinations will be performed independently by MRI clinics and dental clinics.

“Medical age assessments are an integral part of forensic medicine in many other countries, so it is only natural that we carry them out,” Rättsmedicinalverket methodology manager Elias Palm commented.

The agency expects to reach an agreement to outsource the assessments by December this year, with the goal of starting the tests during the first quarter of 2017.

Earlier this week a Swedish pediatrician sparked debate when he criticized the current tests authorities use to verify the real age of asylum applicants, claiming some could even be as old as 40.

“The refugee children who are in their early and mid-teens are the ones who end up paying the price for this. These are resources that have been earmarked for children, but are used for another age group,” Josef Milerad told newspaper Expressen.