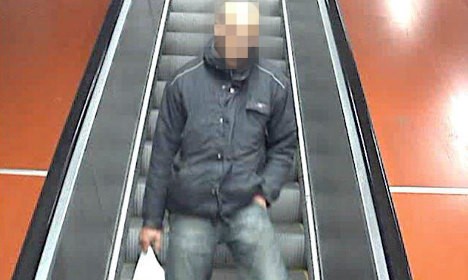 The 23-year-old victim had been standing talking to his girlfriend at one of the T-Centralen station’s platforms on May 31st when he was suddenly pushed. He fell onto the tracks and a train drove over him, leaving him with serious injuries including a broken neck and punctured lung.

After being taken to hospital he was put into an induced coma, which he eventually awoke from in July.

The incident was caught on CCTV, and police apprehended the attacker the following day after releasing an image which allowed members of the general public to identify him in the Rinkeby suburb of Stockholm.

The two men did not previously know one another before the incident. The attacker has refused to speak about why he pushed the man, nor did he admit or deny his guilt. A psychiatric evaluation showed that he suffers from a serious mental disorder.

In its verdict, Stockholm district court wrote that CCTV footage made it clear that the perpetrator used a strong push from both his hands and bodyweight to get the victim in front of the train, leaving no doubt over his intent.

It sentenced him to psychiatric care in a closed facility for offenders. Along with attempted murder, he was also convicted of violence against an officer and resisting arrest.

His lawyer said that the verdict was expected.

“The penalty was what was expected from the psychiatric evaluation. He has been assessed as being severely mentally distressed both at the time of the act as well as throughout the investigation,” Frida Wallin told Swedish public service broadcaster SVT.