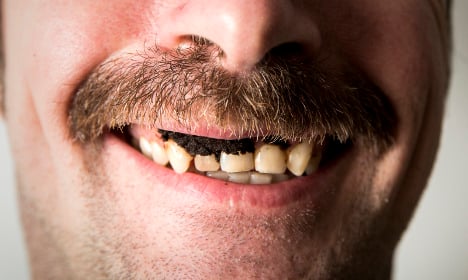 Placed under the lip rather than smoked, it has grown in popularity in the years since Sweden introduced a smoking ban in bars and restaurants in 2005. Its widespread use among Swedes is something of an oddity due to a EU ban preventing it from being exported to the rest of Europe.

Now a Norwegian university has been brave enough to risk the wrath of its bigger neighbour by publishing a study suggesting snus is more dangerous than previously believed.

The new Norwegian University of Science and Technology (NTNU) paper highlights the damage snus can cause to blood vessels. Their study looked at the endothelial function of around 1,600 healthy men (the endothelium is a layer of cells that lines the interior of blood vessels and helps to regulate blood pressure).

“Snus is more dangerous for blood health than what we previously thought. It looks worse than we believed,” researcher Eli-Anne Skaug of NTNU commented to Norway’s TV2.

Swedes don’t like being told what to do when it comes to their peculiar tobacco habit, but so far they seem to have taken the study in good humour.

“I’m likely already dead and living on borrowed time, so I’d best take another snus,” read one comment from Richard Drott on Twitter.

“Not the news you want to hear on a Monday morning. Snus is one of my best friends,” bemoaned Martin Genberg, meanwhile.

The Norwegians have got off lightly judging by previous standards. A less understanding response to snus-meddling was delivered in 2014 when Uppsala county in central Sweden attempted to prevent council employees from coming into work smelling of it.

The council was forced to quickly backtrack when the proposal faced huge public opposition, including outcry from the leader of the national Left party.

“If you try to forbid and regulate everything you do not like, we will end up having an unbearable society,” Jonas Sjöstedt told Swedish news agency TT in 2014.