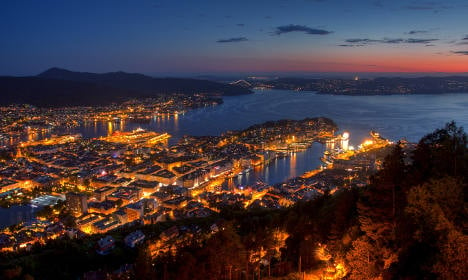 1. Helsinki or Tallinn by ferry from Stockholm

The 15-hour evening and overnight ferry from Stockholm may have a reputation as a party ferry, but is popular among both young and old, and everyone in between. Sail through the Stockholm Archipelago and make your way to either Helsinki, Finland, or Tallinn, Estonia, by 9am. On the ferry, you can enjoy a sauna and swim, dance and singing performances, and choose between various restaurants all in one place.

In Helsinki, don't miss the Cathedral and the Torikorttelit old town area, as well as the fortress island of Suomenlinna. If it's the capital of Estonia you opt for instead, you will fall in love with its charm, especially as you'll be able to enjoy the place all the more with fewer other tourists around after the summer peak. From its small cobbled streets and baroque palaces, to the futuristic-looking art museum and leading gastronomy, the medieval meets the modern in Tallinn. Then, depending how much time you have, either take the ferry back again from your destination or fly. Autumn is said to be the best time to go see the Northern Lights, so why not make it this year? You know you've been meaning to go. Conditions are milder than in winter, the skies are clearer, and of course this one can't be done in summer at all as you'll have the midnight sun then instead.

Stay in Kiruna, Sweden's northernmost city, or go to the nearby Abisko National Park for a truly outdoorsy experience. Let the utter peacefulness of Sweden's far north overwhelm you as you get out into nature in the daytime, and await the most breathtaking natural phenomenon there is by night.

Chad Blakley, an American photographer who takes tourists on Northern Lights tours for a living, describes the experience like this: “I've seen grown men cry. I've seen men go down on their knees and propose to their girlfriends. I've seen people have almost religious type experiences.” Copenhagen has an enormous amount to offer, but if you've already been there or are looking to be slightly more original, why not try Aalborg and North Jutland? While Malmö is the closest Swedish city to Copenhagen, this is a great one to do if you live in Gothenburg, as it's just a short ferry journey away to Frederikshavn. Take the car with you or continue on by train.

In Aalborg, visit the Utzon Centre, walk along the waterfront and this small city's streets to discover Denmark's culinary mastery beyond its capital, or get out of the city on a nice day and go to one of Denmark's many sandy beaches. Fur island is a particular favourite place to visit in the region for Danes, and just a half hour drive from the city is Lille Vildmose – known as the Danish wilderness, where you'll find golden eagles, red deer and wild boars.

A long weekend in northern Denmark need not cost a fortune at all (at least drinking out will be cheaper than in Sweden), so it's perfect for autumn if you're pining back to your summer vacation. Whether it's a restful spa weekend, a few days of water activities and getting close to nature, or a combination of the two, Sandhamn in the outer reaches of Stockholm county's extraordinary archipelago is one of the many places to go, and it couldn't be easier if you live in the capital. With over 30,000 islands expanding out into the open Baltic, what greater playground is there?

Once you're done in the sauna, rent kayaks and explore some of the other nearby idyllic islands, go sailing or fishing. If you want to, you can even make this a romantic weekend to splash out on, staying in the village's luxury Yacht Hotel, or rent a cottage and disconnect from the outside world for a getaway that's so close to the nation's capital, and yet couldn't feel further away. If you're all about the culture, head to Visby on Sweden's largest island, Gotland, in the Baltic Sea. This medieval fortified town, complete with defensive towers, is a Unesco World Heritage Site. The town's cobbled streets lined with cozy restaurants will offer an enchanting respite. With only 60,000 people on the whole of Gotland, you'll be made to feel very welcome while certainly escaping any busyness in your life in the run-up to Christmas. The accent on the island, considered one of the hardest to understand in Swedish, may intrigue you as you get to see a different side to Sweden given Visby's more isolated location.

If you want to go beyond Visby, head to Fårö, a separate island in the north of Gotland, to see its natural limestone formations, or any of the island's sandy beaches for some extra late-summer sunbathing if the weather is nice. The best known one is Tofta Strand. There are also 92 churches on Gotland, with most built in the Middle Ages. The island's tourism statistics show that a large proportion of visitors are returning to Gotland, which is a good indication that there's something about the place worth coming back for. There are few places like Bergen. Norway's second city, perched on the country's jaw-dropping coast – 'the Gateway to the Fjords' as the city likes to call itself – is an absolute must. Travel there by train from Oslo if you have the 6-7 hours that it takes to spare and you most certainly will not regret it: the route is widely considered one of the most beautiful train journeys on Earth. You can get to Oslo by train from Gothenburg in under four hours and from Stockholm in four and a half.

Once in Bergen, take the cable-car up Mount Ulriken for the most extraordinary views of the city and the six other mountains which cuddle it, and stay up there if you like for some hiking. Don't just take my word for it that Ulriken is a must when in Bergen, the city's 'anthem' is called 'The view from Ulriken' for a reason. You can also walk up Mount Fløyen, right by the old centre and harbour, at no cost and around the clock, making it the perfect place to be at sunset.

Back down in the city, enjoy the wharf, both for the fish markets and the nightlife, and be sure to take the four-hour fjord boat trip. If you're saving up for the day you'll go on a full-blown fjord cruise up the Norwegian coast, a visit to Bergen with this excursion is the perfect taster, with stunning fjords a stone's throw from the city. These tips were put together by The Local contributor Jack Schofield in 2016 and updated in 2017.