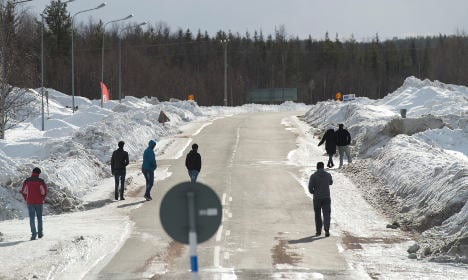 Arbetsförmedlingen believes that 28 percent of workers aged 16-64 will have moved from their homes in rural municipalities to work elsewhere by 2030 compared to 2000.

And with one of Europe's fastest rates of urbanization, a total of 17 percent are predicted to leave Sweden's non-rural council areas classified as “small to medium-sized” in the same time period.

“It will become even harder for small municipalities to break a trend of decreasing population and declining employment, because the supply of skilled labour will become too low. Health and social care sectors may at the same time experience big recruitment problems,” Arbetsförmedlingen analyst Torbjörn Israelsson said in a statement.

Convincing foreign-born residents to stay could be key, the agency believes. Many of Sweden's refugees spend their first years in asylum accommodation in rural towns, bringing dying villages back to life.

But since the early 1990s, almost nine out of ten foreign-born workers have also made their way to the city.

“Matching skilled labour and jobs in small and medium-sized municipalities will be a great challenge. To solve this mutual efforts are required from education services and business and labour politics,” said head of analysis Annika Sundén.