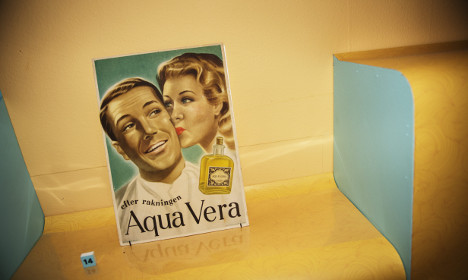 An old Swedish advert for aftershave not related to the story. Photo: Robin Haldert/TT

The study, compiled by the Swedish Women's Lobby alongside organizations in Denmark and Norway, examined how the Nordic countries work against gender discrimination in adverts.

Its conclusion is that all of the Nordic countries need to work more actively in the area, but to different degrees.

Iceland is judged to have made the most progress with its measures, while Sweden is the only one of the countries that lacks any kind of regulation in the area, making it almost impossible to reprimand advertisers for sexism, according to the study.

Comments on advertising can be reported to the Swedish Advertising Ombudsman (RO), the industry’s self-regulatory body, but while the RO can condemn companies for sexist advertising, it cannot issue any sanctions.

A separate study in 2008 concluded that Sweden needs legislation in the area, but the proposal was not taken any further, as it was considered that a law may be against the rules of freedom of speech and of the press.

“It is impossible to achieve equality so long as advertisers are allowed to continue to use stereotyped and sexist images of women and men,” Swedish Women’s Lobby general secretary Clara Berglund said in a press release.

“Before the 2014 election, both the Social Democrats and the Green Party promised legislation against sexist advertising. It is time to turn those words into action,” she added.

The Women’s Lobby report has been published only a day after Sweden’s Finance Minister Magdalena Andersson confirmed that the country’s government will set up a national gender equality authority, which it is hoped will increase accountability for shortcomings in gender equality work.