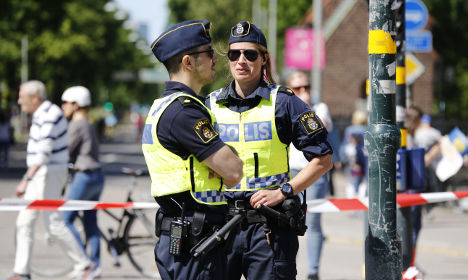 Sveriges Radio reports that the new programme will be part of the mandatory training which all officers working out on the country's streets receive.

The NTR is a special police unit set up in 2014 to ensure police in Sweden are better equipped to deal with terror attacks.

The new programme will be both theoretical and practical, and is designed to help officers out on the streets, who are likely to be the first on the scene in the case of a terror attack.

The news of fresh police training in the area comes at the same time as a survey by pollsters Novus showed that only 17 percent of Swedes believe their police and security services are adequately prepared to prevent terrorist crimes in the country.

That was a decrease in confidence from a similar survey in January 2015, when 23 percent said they believed the authorities were prepared.