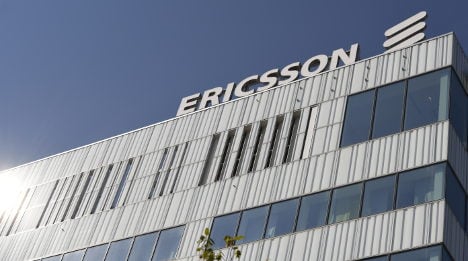 Part of a savings plan detailed on an internal document which SvD gained access to, the decision would mean that 3,000 employees lose their jobs following the closure of Ericsson’s last manufacturing plants in Sweden, in Borås and Kumla.

In the document, Ericsson’s leadership are said to have stated that “We will end a 140-year-old manufacturing period, which represents the biggest cuts of employees in Sweden ever”. The company employs a total of around 15,000 people in Sweden.

Senior management has been notified about the process and union negotiations are already under way.

“This plan would kill Ericsson and be a first step towards phasing out all of its operations in Sweden,” a source at the company told SvD.

In a comment provided to Swedish news agency TT, the telecoms giant said its ongoing cost-cutting programme means reductions in the number of employees around the world:

“We have extensive operations in Sweden and those are not exempt. As always with staff cuts, we handle it country by country and always notify our employees and representatives in trade unions first.”

Ericsson has gone through a turbulent period recently. At the start of the summer its shares dropped significantly after reports in a Swedish newspaper claimed revenue figures had been exaggerated.

The head of one of Sweden’s biggest trade unions said that the idea of Ericsson’s manufacturing in Sweden ending was “upsetting”.

“If the information is correct it’s a terrible blow to the faithful employees of Ericsson who now risk having to pay the price for a company that in recent years has really been without proper management and strategy,” IF Metall chairman Anders Farbe told TT.

“I think it’s really upsetting that the group’s management and consequently the board are now planning to end a long industrial era of production in Sweden,” he added.