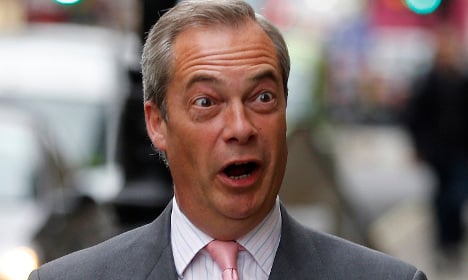 The Swedish nationalists revealed to newspaper Expressen that they have hired out Stockholm’s Grand Hotel for what the party is calling the “European Freedom Awards”, where SD leader Jimmie Åkesson will speak in addition to Farage, and a prize will be given out.

“It will be a former head of state in Europe,” SD’s group leader in the Riksdag Mattias Karlsson said about the prize winner.

Karlsson added that the prize will go to someone who has done something extraordinary for the “political pursuit of increased national self-determination, democracy and influence for citizens in Europe”.

Around 400 guests will be invited to the event, including what SD describes as “our friend parties in Europe” and other parties “like us”. Nato representatives and several US politicians have also been invited.

SD even tried to hire out the Blue Hall at Stockholm’s City Hall for their gala – the location of the real Nobel Banquet every year – but the request was rejected for security reasons.