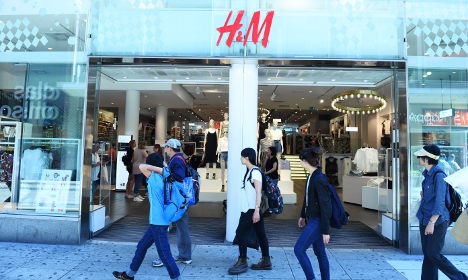 Net profits for the three months from June came in at 4.8 billion Swedish kronor ($556 million), down nine percent on the same period last year.

“Sales were good in most of the markets up until mid-August,” said Chief Executive Karl-Johan Persson.

“Thereafter sales were negatively affected by unseasonably hot weather which continued into September, resulting in a challenging start to the autumn season.”

Persson also blamed a strong dollar – and resulting impact on purchasing costs – for the slowdown in profits.

Nevertheless, the firm said it had a “positive view of our opportunities for 2017 and going forward, both in terms of sales and profitability.”

Over the whole of 2016, the firm expects to develop its presence in the United States and China, opening 30 and 47 new stores respectively.