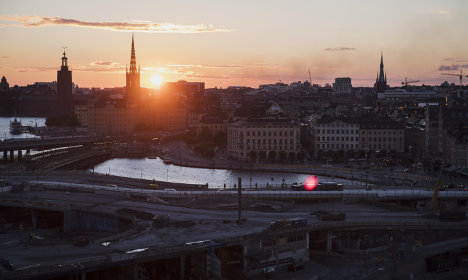 Renting in Stockholm through the service may be more difficult for black people. Photo: Vilhelm Stokstad/TT

Airbnb works by allowing private individuals to rent out their rooms or apartments to other private individuals on a short-term basis. Requests for a room are sent from the prospective renter’s profile (which contains an image of their appearance) and it is then either approved or denied by the host.

Sveriges Radio’s Kaliber show made 200 requests from Airbnb accounts owned by black people to hosts in Stockholm, Gothenburg and Malmö, asking whether their places were vacant on a specific date.

More than half said yes. Those who said no were asked again however, this time from accounts belonging to white people, and many of the hosts who had previously answered no then replied that their apartment was free to rent.

“I sent out 15 different requests and they all said no, but I also noted that the dates were still on the site,” New York native Tim Davis told Sveriges Radio.

“I’ve never been in Sweden, so I started to research. Is it OK to go there? Will there be problems? Will there be big problems for me there as a black man?”

Airbnb declined to be interviewed by Sveriges Radio but said that discrimination is unacceptable and they would take action if guests report it happening.