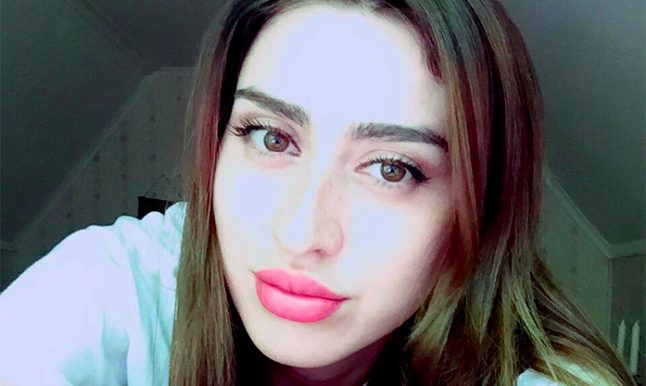 For the past three years the four-letter acronym Isis has become a byword for evil. The group has been wreaking carnage in Syria and Iraq, with jihadists from around the world answering the call to fight for the so called ‘caliphate’.
The severity of the Syrian war has let little room for us to ask who these jihadists are, where they come from, and why they sign up to join the so-called Islamic State.
Sofia Tetradze, a 29-year-old Georgian journalist, went looking for answers in Pankisi Gorge, a valley in north-eastern Georgia, close to the border with Chechnya. Isis recruits and trains affiliates in the region, which most notoriously is home to the former Isis senior commander Abu Omar al-Shishani.
Pankisi Gorge
Tetradze’s task wasn’t easy, and eventually led her to flee her homeland to seek asylum in Sweden after she received frequent threats from the zealots in Pankisi.
“I left my country because of the death threats my family and I received from Isis supporters, and the governmental persecution as well. They didn’t want us to investigate and report on what’s happening in Pankisi.”
The young journalist, along with her husband Alex Gabelia, the personal cameraman of the former Georgian minister of defence and internal affairs Bacho Akhalaia, made regular visits to local families twice a week for almost a year throughout 2013-2014.
“We met the families to understand how their children were radicalized, who were they in contact with, what has made them commit to radical ideologies, who their recruiters were –  and one of those I met was the father of Omar al-Shishani.”
“Unearthing the facts and getting authentic data was a very hard task in that troubled area,” says Tetradze, who made weekly visits to the region when she worked for local media channel TV3.
Sofia Tetradze interviews Omar al-Shishani's father.
Murder attempts
Tetradze’s investigations into the valley’s radicalization led to attempts on her life: the radicals tried to murder her in a car crash when she was bearing her first baby. She sought help, but the authorities offered assistance only on conditions she was unable to accept.
Their situation worsened when her husband's work for the opposition United National Movement put him in danger.
“After the current ruling party, Georgian Dream, took power, many of the former UNM members were tracked and others persecuted.”
He was not, in fact, a party member but became a target nonetheless, she says.
At this point Tetradze and Gabelia decided they needed to get out of Georgia.
Sofia Tedradze reports from the South Ossetian border.
“The problem is that we weren’t famous, which made our case special, and our voices to a great extent unheard.”
Tetradze and her family moved on and applied for asylum in Sweden. They are still waiting for an asylum decision.
“We understand that our case would be a struggle in Sweden too, because our Georgia is not listed as an insecure country, and our case is political. Let alone the large number of asylum seeking applications Sweden is dealing with nowadays.”
But with a journalists rights groups offering support, she hopes they will be able to stay.
Meantime, she and her family are staying with a Swede named Annika, who welcomed them to her home after they met at an asylum centre in Haninge.
.
“We came to Sweden for what we’ve heard about this nation’s justice, and it’s true.
“So far we feel good and have been very warmly welcomed.”
Sofia Tetradze with her family in Sweden.
Sofia Tetradze with her husband Alex Gabelia