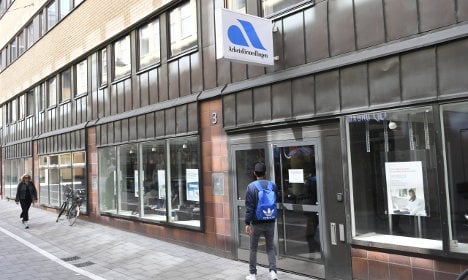 Though entry-level jobs and state-subsidized “new start” jobs are the most common type of employment among newcomers to Sweden, only one in four of those jobs went to women last year.

That’s despite women accounting for 46 percent of the people of working age who were granted a residence permit in Sweden during the same period.

Thikra Hasan, chairwoman of the Iraqi-Swedish Association for Women and Children, believes that it can be difficult for women from Arabic backgrounds to take the jobs.

In addition, she also said that it is considered unusual among Arab women to work in what are traditionally considered male professions in their culture.

That in turn clashes with Swedish labour market policy, where the training provided tends to lean towards male-dominated professions.

According to Sara Berggren at the Swedish employment agency (Arbetsförmedlingen) professions that many newly-arrived women are interested in like becoming a nanny have less training options.

“They’re very expensive courses, I would say. For mechanics, machine operators and bus drivers there seem to be as many resources available as you like,” she told SVT.