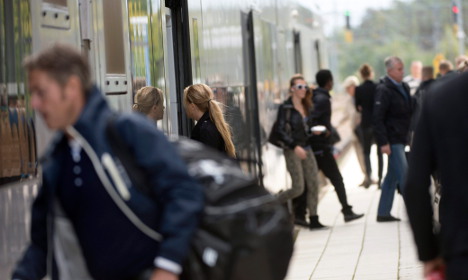 “I think there's a gap in the interest of foreign workers and companies in Sweden and how they communicate their needs and pains,” says Justin Phelps, a tech entrepreneur based in Stockholm.

This is part of his idea behind Open Sweden Future, a newly-launched network designed to promote the interests of international workers in Sweden and those of the companies that want to hire them.

“Foreign workers have lots of questions that need to be answered. They think they're alone and have nowhere to go. I've been going through this process myself for eight months and it is very difficult to get the information you need,” he tells The Local.

It comes at a time of increased debate about the situation for foreign workers in Sweden, partly sparked by a campaign on Stockholm's startup scene to help rising star developer Tayyab Shabab stay in the country after he was threatened with deportation over an administrative error, as The Local has previously written about.

THE LOCAL: If Sweden wants startups, drop the red tape

Phelps himself, who moved to Sweden in 2011 and had been working as chief technology officer for startup Joors since this spring, received the final push to launch Open Sweden Future after his own work permit application was denied around a month ago, as he told startup newssite Breakit earlier this week.

The Migration Agency cited an insurance error by his employer, as well as Phelps' salary being below the market-rate in 2014 because he was being paid half his normal wages by a former employer, instead of going on a leave of absence, while taking a three-month programming course in the US.

Because Phelps has a Swedish partner, there is still light in the tunnel, as it makes him eligible for a permanent residence permit. But while that application is being processed, he is not allowed to work. And he has been told it could take more than a year, as the Migration Agency continues to sift through its backlog of a record number of asylum applications after last autumn's refugee crisis.

Meanwhile, many Swedish startups and businesses are desperate to attract foreign talent to plug what is often described as a labour market skills gap affecting the tech and IT industries in particular.

“Sweden is doing a very good job attempting to live up to its reputation as a humanitarian superpower. But it is crippling its ability to innovate and keep its competitive edge,” says Phelps. He suggests a two-track system to process asylum applications while bringing in business workers. One alternative, he says, could be to put more power in the hands of other authorities or business officials.

“It's like there are two different missions that aren't served well by the same organization. Maybe there needs to be a special group that handles this – it seems counter-intuitive from an immigration perspective but makes sense from a business perspective,” says Phelps.

He does not claim to have all the answers, but finding them is precisely one of the points of Open Sweden Future. By using his contacts in the startup world – and his own experience taking on the beast that is Sweden's migration bureaucracy – he hopes to build a strategy to secure foreign workers' future.

“I want to start by collecting people's stories and reach out to businesses. I look forward to meeting ministers. I want to develop an ideal solution that represents the interests of foreign workers and Swedish companies. I think we can make a good impact,” he says, adding that he is looking for more people to get involved.

It's scary to speak up when you have no agency and fear that speaking will hurt your outcome. I'm sure we can fix this @openswedenfutur https://t.co/Uxx2jZxszD

“As a foreigner you have very little knowledge and certainly no agency. Working with the Migration Agency is a bit Kafka-esque and it seems like this big, scary government agency. And people are worried that it's going to negatively affect their application if they speak out.”

Phelps stresses that he wants to work together with authorities to make foreign workers' voices heard.

“Migrationsverket is under huge pressure and is going through a period of transition. (…) I'm not interested in being the enemy of Migrationsverket,” he says. “I still maintain that the Swedish government works for the people, even if I've fallen between the chairs.”