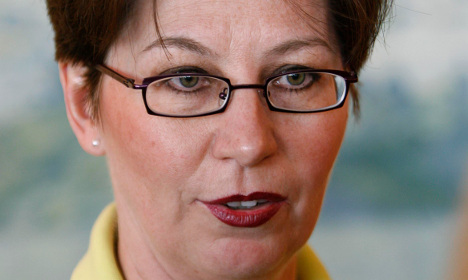 Anna Hagwall, a member of parliament for the anti-immigration Sweden Democrat party, was widely criticized on Thursday, including by her own party, after she put forward a motion to scrap press support, state subsidies available for newspapers in Sweden, to stop the Bonnier Group's “control” of media.

“Eighty percent of media is owned and controlled by the same owner. That is not acceptable. Therefore, media ownership needs to be spread over more independent companies and people. To change this I suggest scrapping press support,” Swedish tabloid Aftonbladet quotes the motion as saying.

The concept of press support was launched in Sweden decades ago to secure the survival of local newspapers and avoid monopolies. It is usually awarded to the second largest newspaper in each town.

The Bonnier Group is Sweden's largest media company, owning titles such as Expressen and Dagens Nyheter. Fact check: it owns around 25 percent of the daily newspaper industry in Sweden today.

It also receives none of the direct press support of 436 million kronor ($50.60 million) handed out to media each year, writes Aftonbladet, but does get a share of the so-called 50 million kronor distribution support.

But Hagwall writes in an email to Aftonbladet, Sweden's largest newspaper and owned by Norwegian media company Schibsted: “Most small newspapers are controlled directly or indirectly by Bonnier and why it should get paid by Swedish taxpayers is a mystery. Small rural newspapers have become direct or indirect mouthpieces for DN/Bonnier.”

“No family, ethnic group or company should be allowed to directly/indirectly control more than five percent of the media,” she adds.

The reference to an “ethnic group” was widely slammed in Sweden as anti-Semitic on Thursday, interpreted as a slur on the Bonnier Family, whose ancestor Gerhard Bonnier was Jewish.

“This is an elected member of parliament writing this proposal, in other words a person of power. It is so distasteful words cannot describe it,” she told Aftonbladet.

Senior members of Hagvall's own party have also criticized her motion.

“Anna Hagvall's motion does not mirror the party's support for public service and media politics in general. The actions have damaged our confidence in her. This is going to have consequences for her future work in the party and parliament,” writes Mattias Karlsson in a press statement issued by the Sweden Democrats late on Wednesday.

Footnote: In her motion, Hagwall adds that Swedish broadcaster SVT should return to how it operated in the 50s and 60s, broadcasting only for one hour in the morning, one hour in the afternoon and three to four hours in the evening to stop it “supplying a politically correct agenda”. She also suggests that it should broadcast the same type of programmes as in the 50s and 60s, “but this needs to be thought through”.

For our international readers, this is what children's TV looked like in Sweden in that period: We'll just leave you with that.