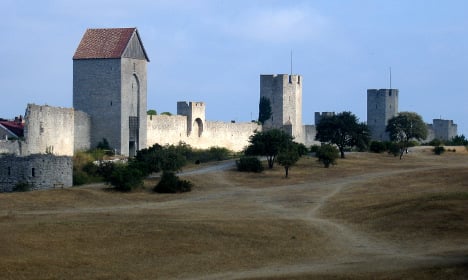 Five men were arrested earlier this week after a woman in her thirties reported that she had been raped in a property in the medieval town of Visby on the Baltic Sea island Gotland, off the east coast of Sweden.

They were released on Wednesday after the prosecutor judged that there was not enough evidence to ask the court to have them remanded in custody (according to Swedish law, a prosecutor can detain someone up until noon on the third day after the arrest, after which a court decision is required to remand them).

The five men, in their twenties, are still understood to be part of an ongoing investigation into the incident.

The woman's lawyer told the Aftonbladet tabloid earlier this week that she had shared a taxi home with one of the men after a restaurant visit and needed to use the bathroom.

“She followed him in and had no fears that something would happen. Then the man took advantage of the situation. The abuse started in the toilet,” her legal representative Staffan Fredriksson said.

The other men are said to have joined them in the property later.

“Where they came from we don't know. This was going on for a couple of hours,” said Fredriksson. “She got paralyzed in this situation and was not able to bring herself to resist physically, other than saying no.”

The woman is understood to be able to walk around her home, but cannot walk long distances and uses a wheelchair.

Police mainland backup arrived on the island on Friday after emotions flared following media reports on the men's release from custody. Some of this is understood to have included threats made against the five men. A separate probe has also been launched after individuals turned up on the prosecutor's doorstep.

“If you're talking about it in very general terms, it is very serious that people try to influence the legal system. It is obviously serious if that is the purpose,” police investigator Mats Holst told the Hela Gotland newspaper on Thursday, but would not comment further on the latter incident.

The back-up officers, who have been sent from Stockholm, are to work to prevent violence or threats from escalating, strengthen safety-building measures and assist in other criminal investigations on the island.

“It is to make sure that we can handle our fundamental mission as police on Gotland and to enable us to act on the incidents of the past few days,” said Torbjörn Nilsson, the head of Gotland police, in a statement.

He also told Hela Gotland: “We simply do not accept that people take the law into their own hands as many have expressed that one should do”.

“You have to distinguish between these past weekends and what it is like on Gotland in general. Gotland is relatively, compared to other places, very safe and there are few crimes compared to the rest of the country,” he added. “But the way people have now acted is unprecedented.”

According to Hela Gotland, 28 rapes have been reported on the island so far this year.

Earlier in the week, Gotland police were forced to delete comments on its Facebook page after the discussion escalated and several people urged them to release the identities of the suspects.

“We are restrictive when it comes to specifying ethnicity, description or other information such as age, appearance and addresses. We do specify that in some cases if it is important to move the investigation forward and we need the help of the public. Otherwise not,” wrote the police on their Facebook page.