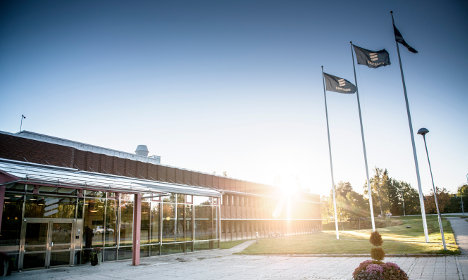 Announcing its preliminary third-quarter earnings on Wednesday, the Swedish telecoms giant said that year-on-year sales had declined by 14 percent to 51.1 billion kronor ($5.8 billion), “driven by slower development in Segment Networks where sales declined by -19 percent”.

“Our result is significantly lower than we expected, with a particularly weak end of the quarter, and deviates from what we previously have communicated regarding market development,” said Ericsson's president and CEO Jan Frykhammar in a statement.

Ericsson has gone through a turbulent period recently. In early October it confirmed rumours it intended to cut 3,000 jobs in Sweden, as well as 900 consultants, causing jitters in Sweden's business community.

At the start of the summer its shares dropped significantly after reports in a Swedish newspaper claimed revenue figures had been exaggerated.

Ericsson said that the sales decline was driven by weak macro-economic markets in Brazil, Russia and the Middle East. It added that capacity sales in Europe were lower following completion of mobile broadband projects in 2015.

“More in-depth analysis remains to be done but current trends are expected to continue short-term. We will continue to drive the ongoing cost programme and implement further reductions in cost of sales to meet the lower sales volumes,” he added.

Ericsson's full third-quarter report is expected to be published on October 21st.