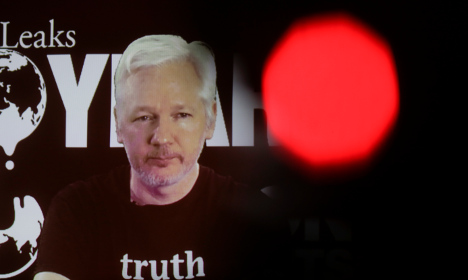 The questioning, initially scheduled for Monday, will now take place on November 14th at 10am at Ecuador's embassy in London, where Assange has been holed up since June 2012, the national public prosecutors' office said.

Assange “made the request in a document filed through the Ecuadoran ambassador to the United Kingdom, in which he cited his rights to the protection and defence of his person”, it said in a statement.

The 45-year-old Australian will be interrogated by an Ecuadoran prosecutor, to whom Swedish authorities will submit questions.

Ecuador has said it will also take samples of his bodily fluids if he gives his consent.

Assange, who denies the rape allegation, has refused to travel to Sweden for questioning.

He says he fears Sweden would hand him over to the United States to face trial for the leaking of hundreds of thousands of classified US military and diplomatic documents in 2010.

After lengthy diplomatic wrangling, Ecuador, which has granted him asylum, agreed to arrange an interrogation at its embassy.

But they still want to question him about a 2010 rape allegation, which carries a ten-year statute of limitations.