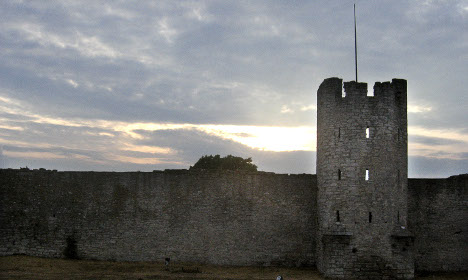 “It’s to do with the events that have occurred on Gotland in recent days,” assistant chief prosecutor Åke Olsson, who has now taken over the case, told Swedish news agency TT.

Last week five men were arrested over the suspected rape of a woman in the medieval town of Visby, but they were later released after the prosecutor judged there was not enough evidence to have them remanded in custody.

Unrest on the island followed, with a demonstration taking place and threats against the police and prosecutors reported. Extra police officers were sent to Gotland in response, and two people are now being investigated for unlawful conduct towards public officials as well as trespassing.

The former prosecutor on the case, Mats Wihlborg, claimed that several people had attended his residence after the men were released.

“I’m not taking charge of the matter anymore. We have been subject to quite serious things. I don’t want to comment any more on it,” he told local newspaper Hela Gotland.

His replacement, assistant chief prosecutor Olsson, insisted that it was not unusual for a prosecutor to leave in the middle of a case.

“It happens every now and then. There’s a routine we have. We have a manual that we follow,” he said.

Sweden’s national police announced on Monday that the extra officers sent to the island were gradually being withdrawn after calm was restored. Forensic samples taken from the site of the alleged rape are reportedly being analyzed by Sweden’s National Forensic Centre (NFC) in an effort to establish how many people may have been involved.

All five suspects denied the accusation of rape, with one saying he had consensual sex with the woman.