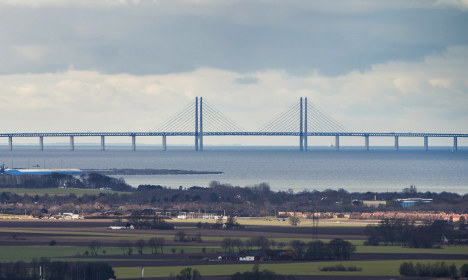 The Öresund bridge between Sweden and Denmark. Photo: Emil Langvad/TT

In a joint claim for damages from Sweden’s Chancellor of Justice (Justitiekanslern), 565 commuters between Sweden and Denmark argue that their right to free movement and their right to enter their own country is being violated.

Their legal representative has also complained that the Swedish law changes which made the ID checks possible were done in haste.

“It was a very strange law change which came into place in just a few days, without a consultation process,” lawyer Finn Madsen said.

The temporary identification checks were brought in after a record 163,000 asylum requests were filed in Sweden in 2015.

The 565 unhappy commuters are demanding 30,000 kronor ($3391) each in basic compensation, while a third of them are also asking for damages for either being forced to move to Denmark, forced to buy a car, or forced to leave their job in Denmark.

Their lawyer argues that the ID checks on trains that were voted in by the Riksdag – which mean transport companies cannot permit those without ID to travel across the Öresund bridge into Sweden – are not in line with the framework outlined in the EU Schengen agreement.

The claim has been spearheaded by the Southern Sweden Chamber of Commerce (Sydsvenska handelskammaren), which has long insisted that the region is losing money due to the introduction of ID checks and border controls last year.

The chamber hopes that their request for damages could lead to a better solution and everyday life for commuters, and insists that a functioning labour market in the Öresund region is at stake.