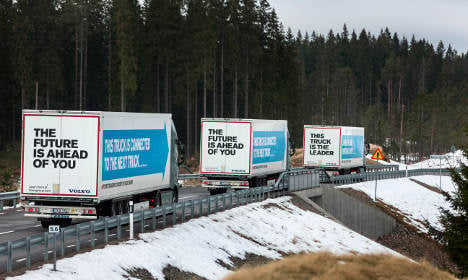 “The transport industry has traditionally been designed by men for men. Today there is an increased interest among women to enter the industry, but the truck is sometimes a barrier,” said Dag Balkmar, gender science researcher at Örebro University, in a statement.

The project received the grant by Sweden's government-funded innovation agency, Vinnova. It is going to study how Volvo Trucks can build trucks that break gender barriers, but also look at developing vehicles adapted to people with disabilities.

“If you are short it can be difficult to drive a truck today. Or if you have a disability. Is it possible to be a truck driver if you're missing a body part? In a preliminary study we looked at the need for trucks in Syria after the war, for example. Could we adapt them so that people who have been injured in the war are still able to drive?” said Balkmar.

The standard truck today, reads a press release issued by Örebro University on Tuesday, is developed for an able-bodied male in his forties. The researchers are going to study so-called personas used by Volvo to imagine the needs and characteristics of a driver when developing new trucks.

“The problem is that these personas today follow established norms, the male model driver is not challenged and that limits Volvo's ability to innovate,” said Balkmar.

The majority of truck drivers in Sweden are men, but the number of women are increasing. According to a report released by transport industry organization TYA in 2015, 12 percent of all new employees were women.