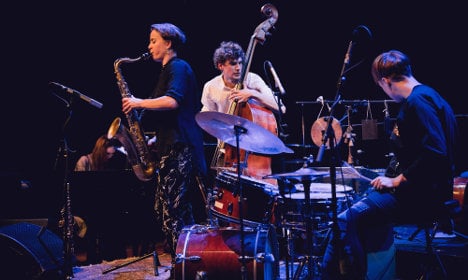 There are two strategies for beating the autumn blues. The first one is to fight it by braving the cold and stocking up on Vitamin D. The second: watch movies. This one does not come on your couch with a blanket and hot cup of cocoa, but at least it lets you tick the 'social activity' box when your colleagues ask how you spent the weekend. Uppsala International Short Film Festival was founded in 1982 and shows more than 300 short films every year.

Jazz legends like Duke Ellington, Ella Fitzgerald and Miles Davis are only a few of the names to play the Umeå Jazz Festival in northern Sweden in the five decades since it launched. These days it is one of the staple features in Umeå's autumn calendar and includes ticketed concerts as well as free performances across the town.

Where: Various venues across Umeå

Tickets: 0-800 kronor depending on whether you catch the free 'Jazz In Town' gigs or buy a ticket for the entire festival.

Treating yourself to good food is a foolproof way of making the best of autumn. Vegan Vikings is a new vegan food festival in Stockholm, Oslo and Copenhagen which kicks off on World Vegan Day on November 1st. It promises to offer special deals on great traditional food served the vegan way – international cuisine, cocktails, burgers and desserts. It is organized in collaboration with Yelp.

Gothenburg Art Sounds (GAS) describes itself as “Sweden's largest festival for sound art, modern composition, improvisation and electronica”. The festival, which has already started, includes live performances as well as sound installations, public talks and workshops. Its focus is to present contemporary artists, both national and international. “We regard music as an open source of knowledge, where different genres are able to meet and transform,” write festival organizers.

When: Until October 29th

Tickets: There are no festival passes. Buy the tickets from each venue.


Progressive jazz group Don-Qui Five will perform at the festival.

The Geraud International Street Market is in Kalmar in south-eastern Sweden until and including Saturday. The market is already under way and offers everything from kangaroo burgers to British fudge. It's the perfect opportunity to enjoy food from all over the world and dream of warmer climes.

Where: Stortorget, Kalmar (the main square)

Tickets: Well, you obviously have to pay for the food you buy, but otherwise it's free.