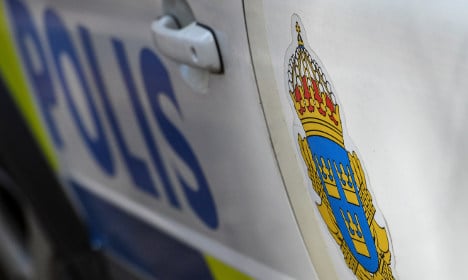 The trio flagged down the off-duty police officer near Vrigstad in rural parts of the Småland region shortly before 7.40pm on Thursday, said the police report.

“But I don't know you,” we imagine the officer thought when he contacted some of his real colleagues who were able to stop the fake police car north of Hok, only some 20 kilometres from the first sighting.

The car was driven by a man in his mid-twenties, who was taken to the police station on suspicion of driving while under the influence of drugs. The report did not say what happened to his two passengers.

While it is against the law to impersonate a police officer, it is not illegal in Sweden to drive a car with police markings even if you are not the police.

“But it is highly inappropriate,” added the police report.

The government has proposed clamping down on people using fake police cars. If approved the new law is expected to come into force in January.