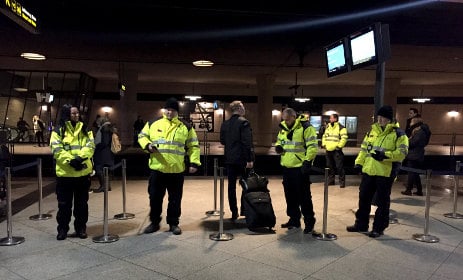 The decision was reached through an extraordinary cabinet meeting, a representative of Sweden’s infrastructure minister Anna Johansson confirmed.

“The government has decided that the checks are necessary at present for public order and internal security in Sweden,” Johansson said in a statement.

The infrastructure minister's press secretary clarified to The Local that Wednesday’s call does not cover the decision over border controls in the south of Sweden, a separate issue which is also expected to be concluded in the coming days.

Today’s move comes only a few days before the current period for the photo ID checks was due to expire, and it is a controversial one for commuters between Sweden and Denmark, who have complained that the measures lengthen their commuting times significantly.

But Swedish Prime Minister Stefan Löfven defended extending the photo ID checks, which will now last until February 4th, 2017, insisting that the security situation in the region is still not stable.

“We have to take order and safety in our country into account,” Löfven told news agency TT.

“We can still see an uncertainty,” he added.

Opponents like the Southern Swedish Chamber of Commence argue that the checks do more harm than good for the south of Sweden however.

“This erodes the labour market in the largest metropolitan area of the Nordics. The confidence in the common labour market is at stake here,” Southern Swedish Chamber of Commerce deputy CEO Per Tryding told The Local.

“We had expected a prolonged control would come with significant improvements of the logistics for commuters. It is very disappointing that more has not been done in almost a year’s time,” he concluded.

One such commuter is Nicholas Bean, who travels regularly from his home in Malmö to his office across the Öresund Bridge in Copenhagen.

“While I’m not surprised at the decision, I can’t say I understand it – nor think it is worthwhile,” Bean told The Local.

“The current system – catching a train from Copenhagen to the station at airport Kastrup, walking (typically running) up to the terminal and then back onto the other platform in order to catch a train that departs a few minutes after the first arrives – and then waiting 10-15 minutes at Hyllie station in Malmö where you might have your passport checked, is neither convenient nor efficient.”

“My trip home from Vesterbro in Copenhagen to the centre of Malmö takes an hour and a half. It’s laughable,” he concluded.

The ID checks for rail, bus and ferry companies were introduced in January 2016 as Sweden struggled to get to grips with an influx of refugees to the country. A record 163,000 asylum applications were lodged in the Nordic nation in 2016.

The ID checks followed on from the introduction of Swedish border controls in November 2015, which have the biggest impact on commuters travelling through Malmö's Hyllie station.