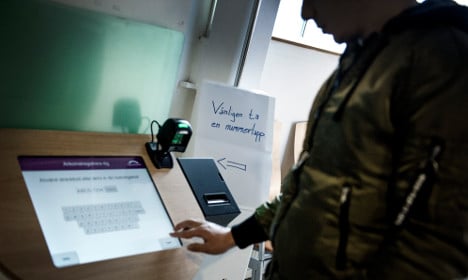 Quizzing more than 400 asylum seekers, analysts at Sweden Research found that the main reason they had chosen to come to Sweden was its long period of peace – Sweden celebrated 200 years of peace in 2014 – and its reputation as one of the world's most family-friendly countries.

In fact, a total of 74 percent of respondents picked peace as their main reason for travelling to Sweden.

“Some of them considered also the benefits of the good education for teens and children, expressing that Sweden is a good country to raise children,” read the report.

Around six percent of respondents stated that they chose Sweden because of its generous economic subsidy to refugees, but 24 percent said they believed there were good opportunities to find work and 19 percent said they picked it because it was generous in accepting refugees.

The two latter points are debatable. The country tigthened its asylum laws significantly earlier this year. And according to the national jobs agency Arbetsförmedlingen, 21.6 percent of people born outside of Sweden were unemployed in August, compared to 4.2 percent of native Swedes.

Every fourth respondent nevertheless told the survey that their expectations in Sweden had been exceeded, but just as many believed that they had not been fulfilled. However, a whopping 95 percent stated that they intended to stay in Sweden after they get their residence permit.

One in five said they had been exposed to racism from officials or civilians in Sweden. They said they had got the best reception from Migration Agency workers and their children's school, but said asylum accommodation and job agency staff had been responsible for the worst treatment.

Half of the asylum seekers questioned said they had had problems with their physical health. Half of these had also received treatment for their conditions. One in three respondents said they wanted to see a psychologist but had not got the opportunity.

“Recurrent themes causing weariness and malaise are created by loneliness, being far away from their family members, worries about these and their situation in the country of origin, pressure at the asylum accommodation and worries about their future in Sweden, often a general concern about the upcoming decision on their asylum application, and often with added concern as the waiting time gets prolonged,” stated the report.”

Carlos Rojas, head of Sweden Research, said: “We started conducting this study when we noticed that everyone was talking about asylum seekers, but no one was talking with them. (…) Developing methods, structures and activities for the asylum seekers requires better knowledge about how they perceive their situation.”

Sweden Research interviewed 456 asylum seekers from countries including Syria and Somalia in 16 different towns across Sweden between November 2015 and May 2016 for the report 'Asylum seekers in Sweden – thoughts, plans and feelings'. The majority of respondents also filled out a written questionnaire.