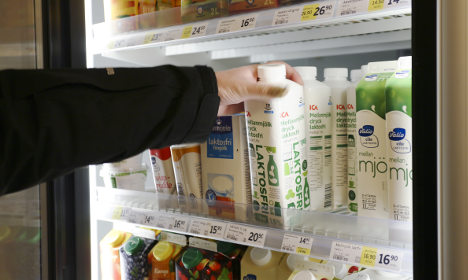 According to the children’s allergy study BAMSE, which is carried out by the prestigious Swedish medical university Karolinska Institute (KI), 28 percent of the parents of 16-year-olds studied believe that their child suffers from some form of allergy.

But tests proved that only seven percent of the kids are actually allergy sufferers, TV4 Nyheterna reports.

The study has followed the same group of 4000 children since 1994. When the children were aged four, only 12 percent of parents thought their child had an allergy, compared to more than double that by the time they were aged 16.

According to KI professor Magnus Wickman, the growth is influenced primarily by a trend of suspecting lactose intolerance.

“Lactose intolerance is very rare, but if you look at the shelves of supermarkets you might think that half the Swedish population is lactose intolerant,” he told news agency TT.

Wickman labelled the increase in perceived lactose as well as gluten allergies a “strange epidemic”.

“You see it also internationally in the US, UK and Germany. And you wonder why. It’s hardly likely to come from the consumers, but rather it’s probably something to do with – this is my guess – the food industry and retailers wanting to make more money from these products,” he speculated.

And the allergy trend can also have negative consequences for genuine allergy sufferers, the professor warned.

“For those who are truly allergic, the six to seven percent, it’s a huge problem. You could say that they aren’t taken very seriously.”