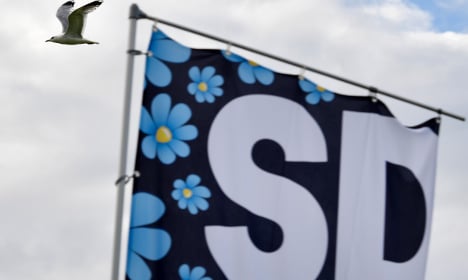 Media and pollsters have come under fire recently for failing to predict Donald Trump's win in the US presidential election, so The Local quizzed YouGov's communications manager for the Nordics, Lars Gylling, on whether the far-right Sweden Democrats (SD) could replicate his surprise victory.

“The US elections are quite different than our parts of the world, for two reasons. The turnout [in the US] is very low and you have groups of people having very different vote patterns. Latino voters vote differently to white voters and uneducated voters to educated voters,” he explained. “If you look at the popular vote, which Hillary Clinton won, the polls were not that far off, it was about the normal margin of error.”

The Sweden Democrats won 12.9 percent of the votes in the 2014 parliamentary election in Sweden, but support has increased since. However, by how much varies sharply depending on which pollster you consult, ranging from for example Sifo at 16.8 percent to YouGov as the biggest party at 24.3 percent.

After the majority of pollsters in Sweden wrongly predicted ahead of the 2014 election that far-right SD would get less than 10 percent many have either changed or are looking at changing the way they collect data: from using only telephone interviews to a mix of telephone and online interviews.

YouGov has been criticized for basing its data on the latter alone. But Gylling argues that some of his other polling colleagues may be underestimating support for SD because – as some experts say happened in the case of the US presidential election – respondents simply do not want to admit voting for the party.

“What seems to be a minority view in public might be a majority view in private. There are some things that we don't want to tell even our closest friends, and those things are often tied to nationalism and views on immigrants, especially if they are negative,” said Gylling.

“In telephone polls SD is about five to seven percentage points below what you see in web panels.”

Of course, most pollsters are likely to say that their way of collecting data is the best. Ipsos, which for example has SD polling at 19 percent, uses a mix of telephone and web-based interviews.

“Our hope is that we have a method which is future proof and which measures all parties as well as possible. But unfortunately we only get our answer every fourth year,” Ipsos analyst David Ahlin told Dagens Industri, which spoke to public opinion experts about parallels to the US election.

And Gylling stressed that some of the other large parties in Sweden, such as the Social Democrats and the Moderates may have a larger reserve of habitual voters who describe themselves as undecided today, but are likely to cast their vote for their usual parties again when the election comes.

Swedes will not go to the polls again until autumn 2018, and it is difficult to predict how the pendulum of public opinion will swing in those two years, particularly since some of the other parties in Sweden on both sides of the political divide have only recently started flexing their muscles on issues such as immigration.

“Basically you're asking if I have a crystal ball?” said Gylling when asked. “Fremskrittspartiet in Norway broke the 20 percent barrier in 2005 and Dansk Folkeparti in 2015. Could the same thing happen in Sweden? I won't say it wouldn't happen – it might, but it depends very much of how the situation in Sweden changes and what's the most important to voters on election day.”

“But if it doesn't change, then I think they will break the 20 percent barrier in the next election.”