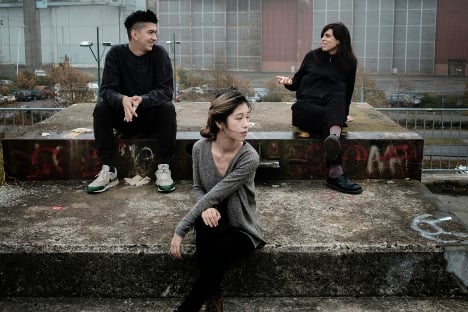 Meet Connectors Malmö, an initiative borne out of the ambitions of a handful of students who met while studying the International Relations BA programme at Malmö University.

Julieta Talavera from Argentina, and Joshua Ng from Malaysia explain how a desire to give back to a city that provided them an education has resulted in them working with multinational giants like Sony, Sweden’s national public television network SVT and construction company, Skanska.

“Being a student gives you a great framework for doing things without having massive expectations, you can think ‘we are learning; things can be fresh, but there are no expectations',” says Julieta.

While Connectors has morphed since its outset, it is in essence a creative network which uses urban design to re-energise city spaces. But its use of collective intelligence is helping big business and public sector authorities re-evaluate working methods and helping them engage with an audience they would otherwise struggle to reach.

Connectors’ hub STPLN, in the former heart of Malmö’s docklands, is funded by Malmö City and houses a collective of entrepreneurs and serves as an incubator for creatives ideas. It's Connectors current task to ‘connect’ these initiatives.

Studying at Malmö University provided the impetus that kick-started the whole thing.

“If you are at university you get access to all kinds of expertise. And because the faculties at Malmö are so interdisciplinary you have access to many people and resources. We have used the university’s equipment, and it is these sort of things which adds so much value,” says Julieta.

Connectors started in 2012 with a weekly meeting where they invited guest speakers from the city to inform and inspire.

“We asked people we thought were doing interesting things,” says Joshua. “To build a network and hear about what they were working on. People who worked with some kind of start-up, or creative art projects, people who were in some way connected to the city.”

Another driving force was trying to figure out where they fit into the city as international students in Malmö.

“We were making the city our home and this was about finding our space. What is our role in Malmö? How do we contribute back? Because Malmö is a place which has given us our education, but how do we give that education back to the city?” explains Julieta.

The group met early on in their studies and decided to make an open call to other students who wanted to make a difference.

“We wanted to turn ideas into action,” she adds.

That initial meeting resulted in a network that continued to grow as new members were asked who to invite next. As more people kept joining, the group decided to hold a hackathon.

“We had been to a hackathon at Malmö University, at that point they were all about building an app, they were all very tech related. For us it was about using the concept in a more social field,” Joshua explains

“We used the hackathon to work with challenges around the city and use collective intelligence to find some kind of solution to them.” They survived on a shoe-string budget and exchanged their services with other companies.

”We got a company doing consulting and branding  that gave us help in exchange for us doing a focus group with a target group they would not otherwise reach: international students. These type of things opened up a lot of doors,” explains Julieta.

In 2014 they pitched a project and won an opportunity to prototype their form of collective intelligence to help re-energise an area of the city. For ten months they set up a residency with the mission of identifying and solving a number of social issues centered around the neighbourhood’s square.

“After the residency we decided we wanted to continue working on spaces and felt it was a good opportunity to establish an interdisciplinary space here at STAPLN,” reflects Julieta.

“There are lots of workshops going on and our job here is to integrate all this, so the place itself can be an incubator for ideas. Our job is to make all this one synchronised space.”

STPLN houses everything from a drop-in bicycle repair facility to a 3D printer service. It also serves as a meeting point for workshops complete with a stage and professional lighting and sound equipment. It's the combination of these facilities and the collectives’ creative intelligence approach that is attracting big name clients and public sector authorities.

“We know there is a big issue with very specific office spaces, very specific dynamics and ways of working and relating to co-workers. Companies are realising there is a benefit of getting out that box and being in a different environment where employees get to meet people working in different fields and where the space itself can inspire them.”

Erica Wong is very much in tune with Connectors' way of thinking. She is an urban design student from Canada but is studying International Migration and Ethnic Relations as an exchange student. She discovered Connectors after a Google search led her to their doorstep and is now volunteering on some of their projects.

“I always want to try to see how urban design is different in different cities. In school you learn that this is the formula, ‘this is how you will make a space which will work’, but I don’t think that there is one principle which can apply to every city.

“I find it super-fascinating how they bring people together and let the user design the space. That is something which is not happening in other cities.”

Julieta adds: “In a city you always have a start-up scene, you have a tech scene and an artsy and cultural scene and they both have their own dynamics and communities. STAPLN wants to be the place where those two get together, so you get to develop businesses in the most creative way as possible, STAPLN is a unique space for that.”

Are you looking for inspiration?