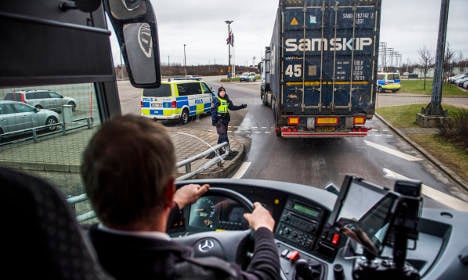 Last week, Sweden’s government announced that it would prolong the border controls in place on the Öresund bridge and ports in Trelleborg, Malmö, Helsingborg and Gothenburg by a period of three months.

They were first introduced for six months last autumn. The Scandinavian country received around 163,000 asylum applications in 2015.

But after carrying out a review, the country’s national auditor has now criticized the government for not following up and sufficiently assessing whether the controls are still needed, Sveriges Radio's Ekot reports.

The auditor also said that the grounds for putting the controls in place to begin with were too vague. At the time, the Swedish government said that police felt public order and internal security were at threat, but Riksrevisionen argued that could have been interpreted in a number of different ways.

“The problem is that you can interpret this threat in several different ways based on the projections. As such it becomes unclear what is to be achieved with the border controls,” Helena Fröberg, who led the Riksrevisionen review, told Ekot.

Around 400,000 people a week are estimated to pass through the border points in question, with between 40-95 percent of crossings subject to a check.