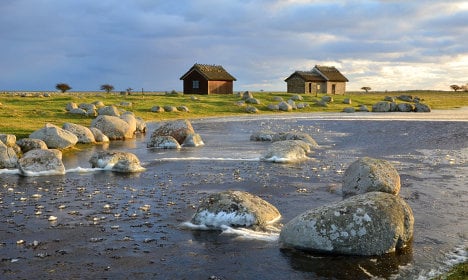 This is number seven on the list. Photo: Kristina Ekholm/Sveriges Natur

The Swedish Society for Nature Conservation's magazine Sveriges Natur asked its readers to vote for the most beautiful nature in Sweden and this is what they came up with. Let's do this in reverse order (and yes, you have our reluctantly given permission to just scroll down to the winner). Here's another list from this year of the most beautiful counties in Sweden.

There is no shortage of picturesque locations in Dalarna county, but this time Tandövala's ancient woodland made the list. Go here if you want to explore old-growth pine forest and pretend you're in Fangorn in Lord of the Rings. If you see any Ents, tell them The Local said hi. Kebnekaise is Sweden's highest mountain. Tarfala valley (Darfalvággi in northern Sami) is a great place for hill walking and climbing, both in summer and winter. Just watch out: it is also one of the most windy places in Sweden (wind speeds of 81 metres/second were measured in 1992). Don't forget to read The Local's reporter's experience of climbing to the top of Kebnekaise here. Söderåsen is a national park in Sweden's southernmost region. Go here if you like leafy beech forests, hills, deep gorges and rivers. At 212 metres above sea level, the highest point of Söderåsen's ridge is also the highest point in Skåne, an otherwise relatively flat landscape.

The southern tip of Öland, an island off the coast of south-eastern Sweden, is known for its iconic 1780s lighthouse nicknamed Långe Jan (tall Jan) which, at 42 metres, is the tallest in Sweden. Ottenby Bird Station and the fields surrounding it is perfect for bird watchers. It is no wonder, perhaps, that Sweden's Royal Family spend their summer holidays on this island.

Ramsvik is a gorgeous nature reserve on the coast of Bohuslän, south-western Sweden. The region is famous for its smooth granite rocks and cliffs in the sea and is a popular holiday destination among Swedes. It is just north of fishing village Smögen – don't forget to try the prawns.

Some 550 million years ago, volcanic activity on the island of Alnö north of Sundsvall formed a long valley, which was filled with water when the ice melted after the Ice Age. Today, this is Mjällådalen, a practically untouched and almost magical place of deep gorges and cliffs.

Kinnekulle is a small ridge on the eastern shore of Lake Vänern. The area offers serene and varied scenery, including meadows of wild garlic, ivy and orchids. It is said that the first Christian King of Sweden, Olof Skötkonung, was christened in a spring in nearby Husaby in the 11th century.

Skierfe is a mountain in Sarek National Park in northern Sweden. It is known for its spectacular views across the Rapa River and the Laitaure delta and is a popular detour for hikers walking the Kungsleden trail. Just be careful – it is 1,179 metres above the sea and its western wall is almost vertical.

Stockholm archipelago usually gets the most attention, but further south there's another stunning beauty spot. Blekinge archipelago covers more than 200,000 hectars of water and landmass. The Blekinge region is affectionately known as “the garden of Sweden” and was part of Denmark along with the provinces of Skåne and Halland until the Treaty of Roskilde was signed in 1658.

… and here's the winner! It's not for nothing that Sweden's High Coast (Höga kusten) is a Unesco World Heritage site. Internationally, the coastline in the north-eastern region of Ångermanland is an underrated tourist spot, but in Sweden it is famous for offering the Nordic country's most beautiful scenery. And now, it is officially the most beautiful place in Sweden. For more pictures and the original shortlist, click here.