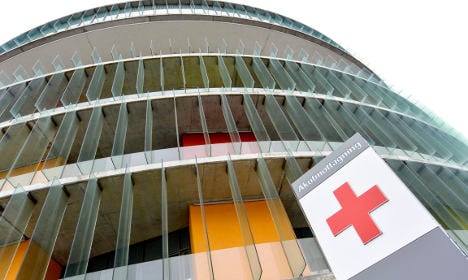 Newspaper Sydsvenskan reports that a check-up at a maternity clinic in Malmö showed the pregnant woman had high blood pressure, and according to procedure she should have been referred to a specialist for a more thorough examination. But that did not happen.

Instead, at the end of her pregnancy the woman came to Skåne University Hospital with cramps caused by pre-eclampsia and placental abruption. An emergency caesarian section was carried out, but the baby’s life could not be saved.

Skåne University Hospital filed a report to Sweden’s Health and Social Care Inspectorate about the incident, in accordance with Swedish regulations governing the reporting of injuries or incidents in the country’s healthcare system.

“The purpose of procedure is to reduce the risk of exactly what has now happened from occurring,” head physician Benny Ståhlberg told Sydsvenskan.

The hospital has also requested a detailed analysis of the entire series of events as the woman had failed to turn up for several appointments at her local clinic, and there was also a language barrier.

In its report, Skåne University Hospital wrote that the documenting of the missed appointments was inadequate.