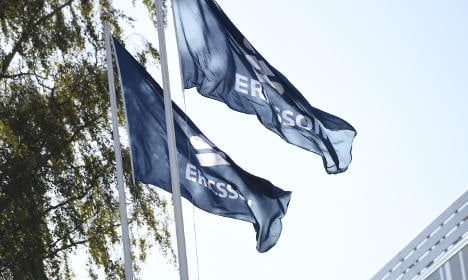 According to the report by Swedish radio's news programme Ekot, Ericsson paid 2.5 million kronor ($271,245) to a bank account in Panama in the autumn of 1999, which was controlled by Costa Rica's president at the time, Miguel Angel Rodriguez.

At the same time, the Swedish telecommunications giant was competing for a national telecom contract in Costa Rica.

The money was paid out through a shell company set up by a law firm and was moved between banks in three countries before reaching the account in Panama, reports Swedish radio.

As The Local has previously reported, Ericsson is currently subject to a series of other alleged corruption probes, including in the US and Greece.

Swedish radio cites former bosses at the company referring to a tradition of illicit payouts at the firm.

Rodriguez denies having accepted bribes or other payments from Ericsson, but admits to Swedish radio, via his lawyer, having links to the account where the money was paid in.

A report in Swedish newspaper Dagens Nyheter meanwhile says that documents handed by a former Ericsson executive to the US Securities and Exchange Commission (SEC) detailed other alleged bribes, including 1.4 billion kronor ($150 million) sent to bank accounts in Malaysia, and 763 million kronor ($83 million) sent to Poland, via the British offshore banking haven of Jersey.

Ericsson's press department insists that the company has a zero tolerance against corruption and that it “rejects generalizations that Ericsson as a company systematically acted in a way that runs contrary to our own guidelines and principles”.

The new accusations come at an inopportune time for the company, which has had a particularly grim autumn. In July it sacked CEO Hans Vestberg after seven years in the job, during which time the company had struggled against competition from rivals.

It then started October by confirming it plans on cutting 3000 jobs in Sweden as part of the next phase of a major savings program which kicked off earlier this year.

And later in October it reported losses in the third quarter of 2016, with a net loss of 233 million kronor in the period. Results were down by almost five billion compared to the same time last year.