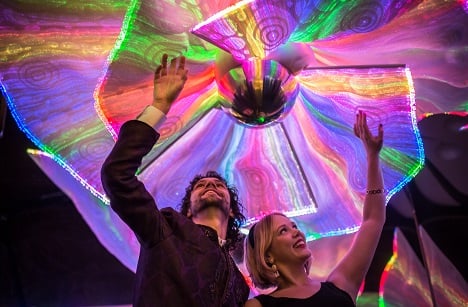 The Those Who Affected Me exhibit. Photo: Yann Houlberg Andersen

Indeed, each year the City of Stockholm appoints a jury to sift through hundreds of applications to select the top innovations in six categories: tech, clean tech, creative industries, everyday products, tourism, and life sciences.

A prize of 630,000 SEK is divided among the six winners to help their growth and development – and receive the prestigious Stockholm Innovation Scholarship in a ceremony at Stockholm City Hall during Nobel Week.

The jury has narrowed it down to 18 entries, and the diversity among types and motivations of applicants is impressive. Textile designer’s Malin Bobeck’s contribution, for instance, started out profoundly personal.

“It’s an abstract self-portrait. I was diagnosed with cancer and going through a period of chemotherapy,” Bobeck tells The Local of her project Those Who Affected Me. “And the optical fibres I was working with helped me get through that time and look to the future.”

Find out more about Those Who Affected me and the other innovations here.

Read the full story at Move to Stockholm

This article was produced by The Local and sponsored by Invest Stockholm. 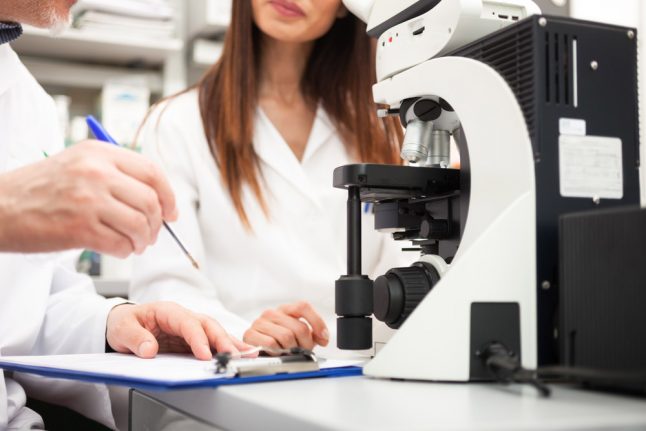 Photo: Depositphotos
The 2018 Global Innovation Index (GII), released on Wednesday, ranked Sweden as the third most innovative country behind only Switzerland and the Netherlands. Sweden dropped one spot from last year’s index, swapping positions with the Netherlands.

The results of #GII2018 are in and the winners are…
Read the full report on https://t.co/nXfql1qrZH @WIPO @Cornell @INSEAD pic.twitter.com/PquSPq8Iq8

Compiled by World Intellectual Property Organization (WIPO), Cornell University and France's INSEAD business school, the innovation study is described as a “detailed quantitative tool that helps global decision makers better understand how to stimulate the innovative activity that drives economic and human development”.
It looks at over 80 indicators ranging from rule of law (where Sweden took first place), patent applications (also first) to knowledge and technology outputs (third place) and even Wikipedia edits (third place).
Sweden jumped up five spots to sixth in the overall category of ‘creative outputs’ and saw a marked improvement in the sub-category of ‘ecologofical sustainability’, where it moved up from 20th to 12th.
Although Sweden was once again singled out as one of the world’s most innovative countries, the GII also pointed to weaknesses including its pupil to teacher ratio in secondary schools, purchasing power, foreign direct investment (FDI) inflows and productivity growth.
Seven of the top ten and 15 of the top 25 countries in the 2018 GII were in Europe.
“The EU as a whole is clearly an important force for innovation, in particular if one considers the EU-wide efforts on education, the R&D expenditure of the region, and the combined IP filings or its output in the area of total high-tech manufacturing,” the report read.
Rounding out the overall top ten behind Sweden were the United Kingdom, Singapore, the United States, Finland, Denmark, Germany and Israel. At the bottom of the 126-country ranking was Yemen.
SHOW COMMENTS
Url copied to clipboard!