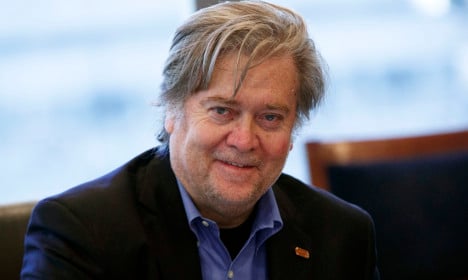 The magazine claimed that Sweden’s public health agency, Folkhälsomyndigheten, was running ads for one of its campaigns on the site, alongside supermarket giant Willys, energy provider Fortum, online marketplace Blocket and global giants like Hotels.com.

If true, that would mean that major Swedish brands and a government agency were being promoted on a website which, among other things, once claimed that there was “rampant” lawlessness and a “now-constant state of violence, terror and fear” in Stockholm due to tensions over migration.

A source at the advertising agency that works with Sweden’s public health agency said that even with Google’s help they had been unable to find any instances of their ads appearing on Breitbart however. Google told The Local that they do not comment on specific sites or advertisers.

Anna Hellström, a project leader at Swedish advertising agency Matador, explained that the Swedish ads showing up on the site would not have been sold to Breitbart directly, but instead ended up there through Google’s GDN ad network – a service which pools the millions of companies registered to it then distributes their adverts to sites based on demographic analysis.

“Ad buyers in Sweden often use large ad networks, which can include millions of sites. The ad is shown to target groups based on a user’s profile, like interests, age, and sex, rather than based on which site they happen to be visiting,” she explained.

She also warned that companies looking to advertise online need to actively learn how such pools work, and make sure to use opt-out features if they do not want to risk their ads appearing on unintended platforms.

“It is important for those who buy advertising space to make a conscious and active choice, and have the knowledge required. For customers to be safe the ad network’s review function also has to work: pages the advertiser does not want to be seen on should not be connected, or should be easily removed,” Hellström said.

Google Sweden’s Communications and Public Affairs Manager Farshad Shadloo confirmed that advertisers using the GDN system can exclude certain sites if they don’t want their ads appearing on them.