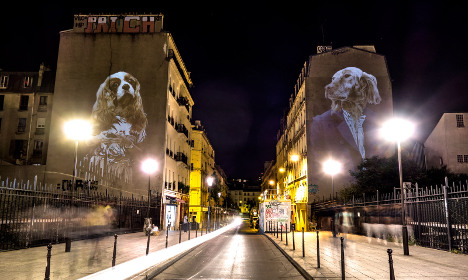 Some of these murals are coming to Stockholm. Photo: Julien Nonnon/Urban Safari

French artist Julien Nonnon is ready to transform Stockholm in all its November darkness into a sparkling show of mural art. The show, called 'Urban Safari', will be on display on select locations throughout the capital on Friday and Saturday. Follow it on social media via #safariurbainsthlm and on location by visiting the places marked on the map. The concept behind Bushwick Book Club was launched in Brooklyn, New York. It invites artists to read out a novel and then create new songs and lyrics based on this. There's no need to read the book in advance, but it is probably good if you have a certain level of Swedish. The book at this meetup in Malmö is Carson McCullers' The Ballad of the Sad Café, performed by artists Maja Gödicke and Edward Forslund.

3. Read an old classic at a book launch

Independent Stockholm-based publisher Novellix has just published its first series in the English language, The British Classics, and is launching it at the English Bookshop on Södermalm tonight. Join them for drinks, nibbles and a chance to mingle with other book lovers.

Where: The English Bookshop, Södermannagatan 22, Stockholm

This thursday at The English Bookshop in Stockholm – Release for our four british classics. Next week in Uppsala! https://t.co/hyWeuaVmh3

4. Raise money for a good Claus

Santa has decided to give up on his reindeer and go for a run in Umeå instead. Hundreds of people are set to dress up in Christmas outfits and put on their jogging shoes for the Santa Run in the northern Swedish town. It's too late to sign up to take part in the race, so grab a saffron bun and watch the four-kilometre run from the sidelines.