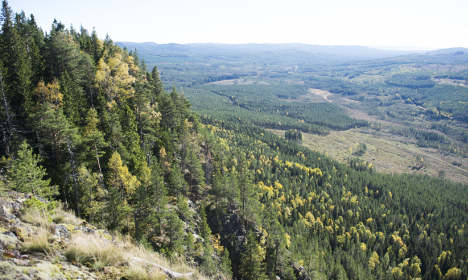 A study published by Gothenburg University’s SOM Institute on Wednesday shows the confidence in the Swedish government is almost ten percent higher in cities (35 percent) than it is in the countryside (26 percent).

A similar difference can be found when confidence in the Swedish parliament is assessed. In the countryside, 22 percent have faith in the Riksdag, compared to 32 percent in cities.

SOM Institute’s Henrik Ekengren Oscarsson told The Local that difference in education and type of employment are an explanation for the gap.

“Fewer highly educated people and white-collar workers live in the countryside compared to the city, to start with.”

“There is a centre-periphery divide in most countries, but they are of different strengths, and are expressed different ways politically depending on how the parties involved work to exploit the differences in living conditions between the cities and the countryside,” he added.

Sweden’s urban-rural divide was further highlighted on Thursday with the release of the latest edition of the voter barometer survey from TV4 and pollsters Novus. The study of voting preferences in November showed that support for the anti-immigration Sweden Democrats (SD) is double as high in the countryside (24.1 percent) as it is in the city (12.1).

In the US, harnessing a rural lack of confidence in the political establishment helped Donald Trump upset the odds and win the 2016 presidential election. So could low confidence in the government and parliament from people in the countryside also be linked with the rise of populists like SD in Sweden?

“It’s not so simple. But there is of course a mistrust in the elite and people with low faith in the countryside,” SOM Institute researcher Oscarsson noted.

And there are still ways that the Swedish government could regain some faith from urban areas, he explained.

“Things like making sure that more resources are shared are taken positively, or that social services don’t worsen or are moved further away. Basing more government agencies outside of Stockholm is a popular solution,” Oscarsson concluded.

READ ALSO: Are we just going to let half the country die?