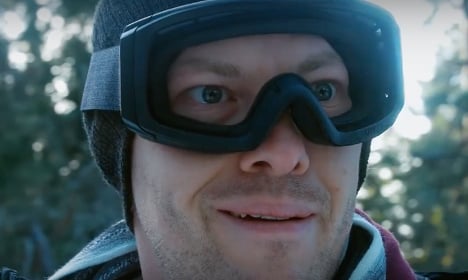 In December a Swedish retail organization predicted that VR glasses would be the most-popular Christmas gift in Sweden, helping to contribute to an expected 77.7 billion kronor ($8.43 billion) worth of Christmas shopping.

In response, non-profit the Swedish Society for Nature Conservation (SSNC) launched a video promoting their own “Natural Reality” (NR) glasses, which they claim are even better than 2016's Christmas craze.

“Carefully put on the NR glasses using both hands,” a knowledgeable guide tells the trio testing the glasses for the first time in the clip.

We won’t spoil what happens next, but you can see for yourself in the English version of the video below.

“It really struck a nerve somehow. Within 24 hours it had been viewed over 100,000 times on our different channels, and by now the amount has more than doubled,” SSNC spokesperson Jesper Liveröd told The Local.

“It’s a fun film made in no time, and I guess poking fun at Christmas consumerism and the unbelievable amounts of money we spend on buying things for Christmas sort of hit home!” he concluded.